Nadya “Octomom” Suleman is forcing her kids to get into the Christmas spirit with a ridiculous holiday song. 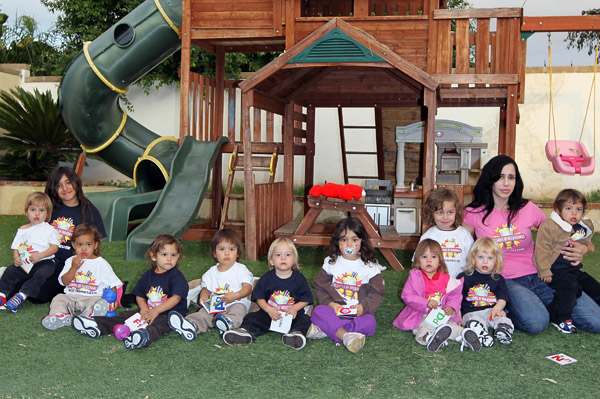 Sorry, everyone: Christmas is canceled. The Octomom ruined it.

OK, that might be a little harsh, but Nadya Suleman is doing her best to cash in on the holidays with a Christmas song performed by her poor children. The kids — dubbed The Rocktuplets — perform the song “I’m Ready for Christmas” in the video posted on her official website. The song will also be for sale on iTunes, according to The Huffington Post.

Yes, seriously. We have to wonder when the troubled mom will stop using her children as an ATM, though she insists they’re all about it.

“My children wanted to do a song of their own when I was recording mine, and we thought, what a great idea and how fun for the kids,” Suleman told the HuffPo.

The video looks like it was filmed on a cell phone, complete with cheesy graphics and dead-eyed children. Something tells us they weren’t that thrilled about the song. Also, Suleman is still in rehab for her Xanax addiction, so she wasn’t there to see the “magic” happen.

“I wasn’t able to be there for the recording or filming of the video, but I was able to see the end result and I am so proud of all of them,” Suleman added. “I cried because I miss them so much.”