American Horror Story is a critical and commercial success. It’s no wonder FX has given it a green light for Season 3. Next year, the horror anthology will return with a new story, but have a similar cast. 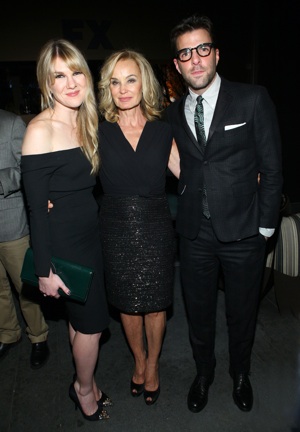 FX can’t get enough of American Horror Story. The network is currently airing the show’s second season, and has given us good news about a third. It’s been confirmed that AHS will be back for a terrifying third season.

“Their original idea — the notion of doing an anthological series of miniseries with a repertory cast — has proven groundbreaking, wildly successful and will prove to be trendsetting. We can’t wait to see what deviously brilliant ideas they come up with for their third miniseries.”

For Asylum, several cast members from AHS‘ first season were brought back into the fold. Murphy and Falchuk plan to do the same for the next installment. They’ve announced that once again, Jessica Lange (Constance, Sister Jude) will return.

The creators couldn’t be more excited about the next chapter in their innovative series.

“The American Horror Story anthology is a labor of love for all of us and we could not be prouder of the work our brilliant company of actors and everyone on the production team is doing this year,” said Murphy. “To John and our friends at FX and Dana Walden and Gary Newman at 20th, we thank you for your vote of confidence — and to our loyal audience, keep watching!”

Are you psyched for another season of American Horror Story?