A Good Samaritan law signed in 2011 has given Stephanie Bongiovi a break: No charges will be filed against her or her companion. 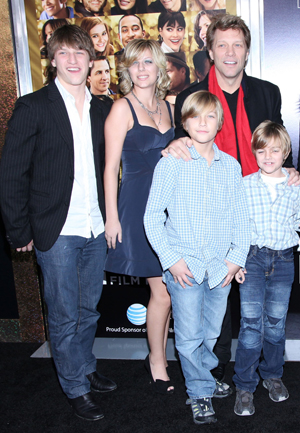 After being called to Stephanie Bongiovi’s dorm room at her upstate New York college in the wee hours of Wednesday morning, medics found the rocker’s daughter unresponsive.

Today, Oneida County District Attorney Scott McNamara announced the charges have been dropped for both. In New York State, an individual having a drug overdose, or someone trying to help an overdose victim cannot be prosecuted for possessing a small amount of heroin, or any amount of marijuana.

Bongiovi and friend have good timing: The law, known as the Good Samaritan 911 law, was just signed by Gov. Andrew Cuomo in July 2011. The law was designed to reduce overdose deaths by encouraging 911 calls since those calling need not fear being arrested for drug possession. Similar laws have been passed in several other states.

“People will say she got away with murder because of who she is, but this law was passed so people don’t watch somebody die because they’re afraid of jail,” McNamara told The New York Daily News. “And you don’t want the person overdosing to say, ‘No, don’t call.’”

McNamara added that Bongiovi had an “insignificant” amount of heroin.

Dad Jon Bon Jovi, 50, has not publicly commented on his daughter’s legal or substance abuse issues. And at this point, it’s unclear if officials at Hamilton College will boot the students out of school as punishment for their offenses.

Entertainment Weekly also reports that Jon Bon Jovi is scheduled to perform at a concert to benefit Hamilton’s scholarships and arts programs in Times Square on Dec. 5. No word if that appearance is still happening.