Sometimes we don’t realize our worth until we see ourselves through someone else’s eyes. 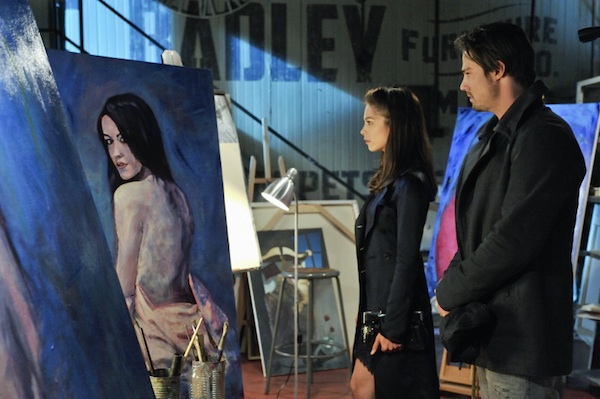 Cat (Kristin Kreuk) is not the type of girl to let it go when a guy stands her up. But, she’s not going to put her heart on the line for it, either. Instead, she attempts a nonchalant approach and visits Vincent (Jay Ryan).

When she asks why he didn’t make their dinner date the night before she says it with a smile on her face and doesn’t let him see her disappointment. She also apologizes for kissing Evan. But, he’s playing the aloof male role and somehow, despite the fact they are both crazy about each other, they part ways thinking their relationship is only about working on cases. Sometimes you just have to speak up!

So, Cat goes to work and tries to focus all of her frustration in the direction of her latest case. A painter was slain the night before his gallery showing. The interesting thing about this painter is he gets paid way too much money for his work and only through this one gallery. To get more details, Cat and her partner go to the art show that night. There they discover that it’s not really the art that’s for sale. It’s actually all the beautiful women walking around the room. The art is just a cover for a high-end prostitution ring.

Cat starts a conversation with one of the call girls and figures out that she was in love with the victim. Only, the woman didn’t realize the victim was in love with her, too, and ready to settle down. Someone had interfered and told her that this guy was a player who was “in love with a lot of girls.” That someone was the curator, who killed the victim when he threatened to expose their prostitution scheme. 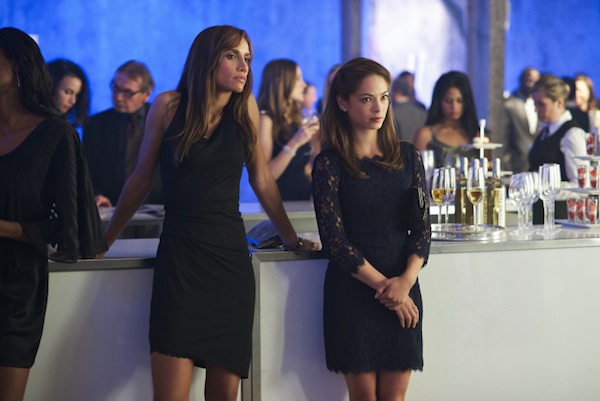 Another discovery was made at the art gallery. Evan actually saw Cat and Vincent together and he’s only barely buying her story that she was interviewing him for the case. I wonder what kind of trouble that will lead to in the future.

Just before the case is wrapped Vincent and Cat have a discussion about self-worth. He believes the artist’s girlfriend didn’t believe he was in love with her because she didn’t feel worthy of it. And he knows this because he feels that way.

The next day, Cat goes back to visit Vincent and tells him that she never thought he doubted that he was the best thing in her life right now. They seem to make some headway and realize they are on the same page. But, still no kiss!

Now that that drama is straightened out, Vincent can focus on other problems. Like, why he keeps blacking out and waking up in weird places with no memory of recent events. He may want to figure this one out quickly because he just woke up in the middle of the street covered in someone else’s blood. Is the beast starting to take over?