Connor comes back from the grave to torture Elena. Damon and Stefan must find a solution before she goes mad enough to take her own life. 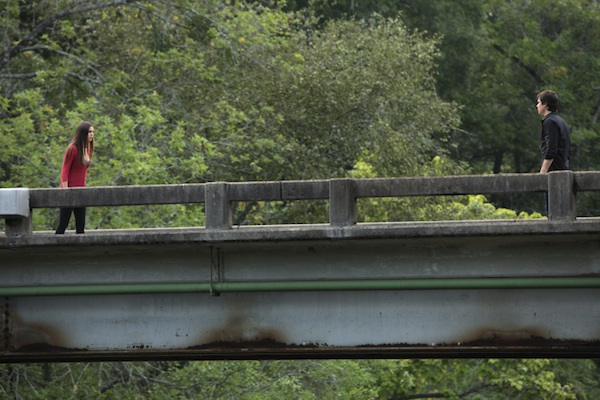 It has finally happened. We knew that Elena’s (Nina Dobrev) transformation into a vampire was going to change more than just her taste buds. It also changed her taste in men. During a miserable day that almost led to her being fried by the rising sun, she finally acknowledges how she really feels about Damon (Ian Somerhalder). And Stefan (Paul Wesley) actually takes it really well.

It all started with Elena hallucinating about Connor. His “ghost” is haunting her mind and playing on her guilty conscience to torture her. Luckily, Klaus (Joseph Morgan) is able to explain how this is possible since he went through it after he killed the past five vampire hunters. Apparently, after they die, they torture the vampire that killed them until said vampire wants to kill themselves. Klaus was tortured for decades until one day, he just wasn’t anymore.

Klaus tells Stefan this, but Stefan swears that Elena is strong enough to handle it and would never kill herself. I’m often surprised by his belief in her strength or glass-half-full attitude. Girl hasn’t proved to be able to handle much lately. Either way, Klaus doesn’t believe him, and he kidnaps Elena and locks her in a room where she can’t hurt herself. 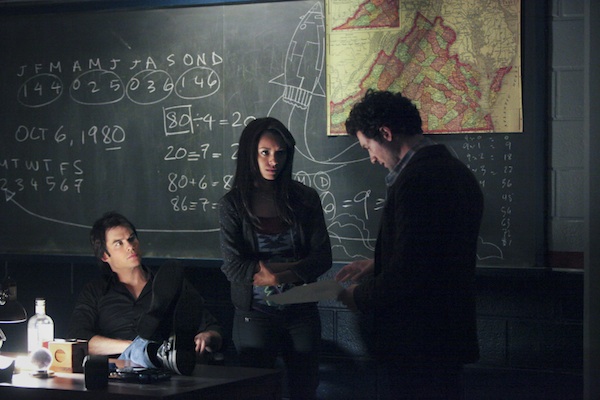 While Elena is locked up, Damon meets up with Professor Shane to get the scoop on the Hunter’s Curse. He learns that the only way the hallucinations will stop is if a new vampire hunter arises and slays a vampire. Of course, he goes straight to Jeremy, who has recently learned he is sort of a chosen one.

Meanwhile, Stefan takes matters into his own hands. He sends Caroline to distract Klaus and gets the hybrids to let him in to see Elena. But, she’s still suffering hallucinations. Most recently, Katherine appeared to tell Elena what a horrible monster she has become and you can tell she’s really starting to lose it. When Stefan walks in the room, all she can see is Connor. So she stabbed him with a sword (I don’t know why Stefan let her have a sword in the room.) and bolted out the door.

Now, Elena’s on the loose with her hallucinations and suicidal thoughts and no one to help her. Stefan actually calls Damon to track her down because he feels like he’s the only one who can get through to her. Elena winds up at the bridge, where she almost died twice when her dead mother appears and so lovingly tells her she should kill herself so all the suffering will be over. She is finally convinced and throws her Daylight Ring into the water.

Damon shows up just before sunrise and tries to take Elena down from the ledge when he notices her ring is gone. Just when it looks like Elena is about to take her own life, Jeremy walks into Klaus’ house and kills one of his hybrids. Suddenly, all the voices disappear from Elena’s mind and she wants to live! But now the sun is rising and her skin is starting to sizzle. Damon grabs her and they jump into the water together.

Back at the house, Elena thanks Damon for saving her and they share a sweet intimate moment as Damon actually gives Stefan credit for trying to help her and that there may be a cure. He’s taking the high road, no matter how painful it may be.

Then, Stefan and Elena have a very honest heart-to-heart on the front porch. She explains to him that her feelings for Damon have intensified since she’s become a vampire. He knows and accepts this, but cannot deal with it. And in a moment of mutual understanding and silence, their relationship ends.