While a slew of boys are rocking three nominations each at the 40th Anniversary American Music Awards Nov. 18, ladies lead the pack this year! Nicki Minaj and Rihanna are both up for four awards, making this year a true Queen B battle. 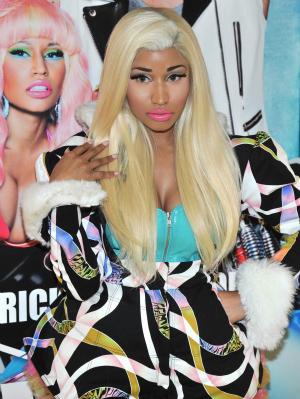 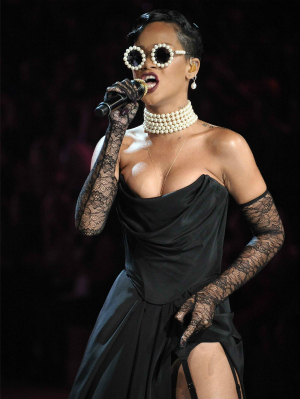 The American Music Awards are the perfect antidote for music lovers who are sick of scratching their heads while watching awards shows. Don’t think Blake Shelton should have beat Taylor Swift out for Entertainer of the Year at this year’s CMAs? Wish One Direction hadn’t won Best New Artist at the MTV Video Music Awards? The AMAs put the power in the hands of the listeners — winners are determined entirely by online voting.

It’s no surprise, then, that big talents who happen to be smoking hot hold quite a few nominations. More specifically, top contenders Drake, Justin Bieber, Maroon 5, One Direction and Usher all have three nominations. This year’s pleasant surprise? The boys are playing second fiddle to hot female acts Nicki Minaj and Rihanna, who edged out the guys by one nomination each.

There’s no doubt both ladies put on a good show. But what they’re known for perhaps even more is making headlines. Minaj’s diva-shouting-death-threats-at-Mariah-Carey shenanigans on the American Idol set have kept her in the spotlight as of late. As for RiRi, well, do we even have to say it? Her on again/off again love affair with bad boy Chris Brown keeps gossip mags in circulation. Rihanna and Minaj share another commotion-causing penchant: outrageous fashion choices. See-through threads, neon-hued hair, sky-high heels and sexed-up silhouettes are regulars in the wardrobe repertoires of these two singing divas.

Here’s how we predict they’ll stack up at the show across the board:

Oooh, this one’s a toughie. But with Rihanna’s controversial boy-toy Chris Brown also up for awards, we predict at least one juicy moment between the two that will send the media into a headline frenzy. Not to mention RiRi and Chris’s alleged romantic third wheel, Drake, will be in attendance as well.

SheKnows gives the edge to… Rihanna!

Sure, Rihanna routinely rocks some out-there outfits. Minaj, however, is one step away from pulling a Lady Gaga meat-suit stunt. We foresee a wig you shouldn’t stare directly at (like the sun), along with some sort of shiny pantsuit contraption that makes you wonder why any woman would want to make her a** look ten times bigger than it actually is.

To see if we accurately pegged our Queen B predictions, tune into the 40th Anniversary American Music Awards Sunday, Nov. 18 at 8/7c on ABC. And remember, SheKnows Goes to the Shows will be live on the red carpet at the same time!

More on Nicki Minaj and Rihanna