What do you do once you fulfill your life-long dream of winning a gold medal? For Olympic gymnast McKayla Maroney, the answer is simple — you become an actress, of course. 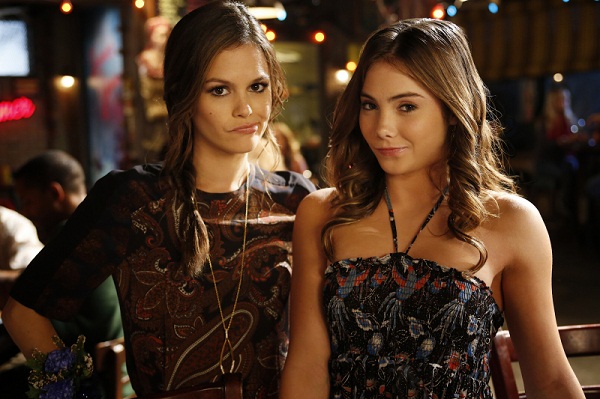 Starting on Tuesday, The CW’s Hart of Dixie adds a little gleam to its cast with Olympic gold medalist McKayla Maroney.

Maroney will play the part of Rose Hattenbarger’s best friend on the upcoming episode, “Baby, don’t get hooked on me.” The episode will feature Maroney getting in touch with her sassy side.

After Zoe (Rachel Bilson) treats the local football team, one of the players, Max, becomes infatuated with her. One problem — Rose already has a huge crush on him. The situation turns disastrous when the entire town persuades Zoe not hurt Max until after the big football game. Everything comes to blows when Zoe ends up on a “date” with Max, and Rose and her best friend Tonya (McKayla Maroney) are at the restaurant. Tonya is an awesome friend and tells Zoe exactly what she thinks of Zoe’s apparent interest in the high school boy.

Here’s what Maroney had to say about acting:

Maroney isn’t the first Olympian to grace the television. Most recently, Ryan Lochte played himself/”the sex idiot” on 30 Rock, alongside Tina Fey and Alec Baldwin. Decathlon medalist (and Kim and Khloe‘s step-dad) Bruce Jenner also tried his hand at acting. First, he starred in a Village People biopic, and more recently he made a cameo in the Adam Sandler film Jack and Jill. One of the most successful Olympic crossovers was Buster Crabbe. One year after winning the gold for the 400-meter freestyle, Crabbe earned the role of Tarzan in Tarzan the Fearless. He also went on to play comic book hero Flash Gordon throughout the ’30s and ’40s. Katarina Witt, the Olympic figure skater, played herself in Jerry Maguire, but also played a multiple roles as a skater in various TV movies. Meanwhile, Dancing with the Stars has seen multiple Olympians, including gymnast Shawn Johnson, figure skater Evan Lysacek and soccer player Hope Solo. Shawn Johnson also had a brief role on Secret Life of the American Teenager.

Maroney may not be the first medalist to make it onto the tube, but we’ll all still be excited to watch her make another dream come true.

More on Hart of Dixie

An interview with Hart of Dixie star Scott Porter
The love triangle heats up on the second season of Hart of Dixie
Hart of Dixie: Zoe’s dad gets a face