Liz Lemon’s love life has been something of a joke on 30 Rock since the very beginning. But it looks like she will finally be something other than the bridesmaid, and it’s happening soon. 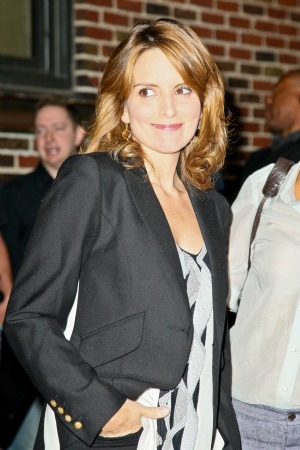 It has been seven seasons of 30 Rock and a single Liz Lemon, but it looks like her time has finally come.

“NBC says Liz Lemon, the harried heroine of 30 Rock, will soon be getting married,” said Frazier Moore with the Associated Press. “The network said Thursday the perennial bridesmaid played by Tina Fey will wed on the 30 Rock episode that airs Nov. 29.”

Lemon’s future husband, Criss Chross, has been her boyfriend for a season and a half. The character is played by actor James Marsden.

“Criss, who arrived on the scene last season, is a would-be entrepreneur with a bright smile and a dim wit,” said Moore.

Tina Fey plays Liz Lemon in a character true to her life. Lemon is the head writer of a comedy series modeled after Saturday Night Live (a show Fey also used to be a head writer on).

“30 Rock is the saga of Lemon, the overextended producer of a fictitious comedy series,” said Moore. “She is surrounded by kookie comrades like company boss Jack Donaghy, played by Alec Baldwin, and her boisterously unhinged star Tracy Jordan, played by Tracy Morgan.”

Besides being a successful show writer, Lemon’s character has constantly been unlucky in love. She has had three significant boyfriends on the show before Chross, and may have found the fourth time’s a charm. When she met Marsden’s character just before season six began, things seemed to change, and the couple has been focused on attempting to have a baby.

For many fans of 30 Rock, Lemon’s marriage is the perfect way for the series to end (and somewhat expected). The longtime bridesmaid will finally become the bride, and chances are she will also be announcing a pregnancy this season.

The seventh, and final, season of 30 Rock will end the show early in 2013, after a short season.