Moses Stone, previously a dynamic contestant on “The Voice” from seasons past, has teamed up with another sizzling Season 3 contestant for this sensational hit. 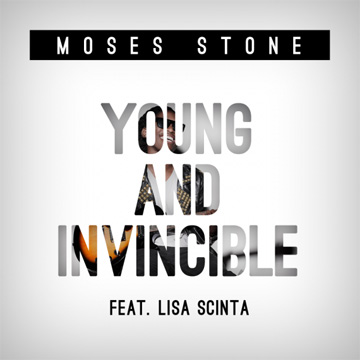 What happens to the artists after The Voice?

Can I be frank? The same thing that happens to The Bachelor, Survivor, The Biggest Loser and Big Brother contestants — if they don’t actively try to stay relevant, their 15 minutes — or 15 episodes — of fame is over. They’ll fade away into CSI cameos and Dancing with the Stars applications faster than Pink realized changing her hair color from pink was misleading.

How many of them enter, and how many of them succeed? These talent competitions breed fame seekers — with all the lights, cheering crowds, famous mentors and rigorous competitions. If they aren’t up to par, they will most certainly get lost in the ocean of B- and C-level music artists that all are trying to “make it.” During the competitions, we form biases, voting is intense and the anticipation of the winner is gut-wrenching. But in the grand scheme of things, the true test happens only after the show is over.

Suddenly, we aren’t looking at the contestants on a relativity scale with peers to compare to; instead, suddenly the entire music industry is their competition.

Who do you remember from earlier seasons?

Well, now that I’m done with my rant, let’s hone in on The Voice. Who do you remember from The Voice that is flourishing in the music business? Jermaine Paul? Javier Colon (how do you leave the record label so soon)? Sorry folks, by Hollywood’s standards, in terms of fame, mainstream appeal and originality — Dia Frampton probably is in the lead, followed by Juliet Simms.

He may not have won the battle, but the war is still undecided

Featured below is Moses Stone, and he will definitely make an impression with this track. As a part of Team Christina, it was where he found great respect for his coach, according to Celebrity Jabber. In an interview with the Washington City Paper, he discusses how he draws inspirations from 2Pac to Michael Jackson, being multi-dimensional as an artist, and the extent of his familial support. And when faced with a question on independent artists, he remarked about not “staying in a box” and being passionate.

I had to hear this hyped single, “Young and Invincible,” featuring another Voice contestant Lisa Scinta. Lisa, an ex-gymnast, re-devoted her life to music, and even though she was eliminated from the competition still retains a relatively high YouTube following. I can respect hard work, and The Voice certainly isn’t the end of the road for any one (clearly — look at Dia Frampton).

Any of you remember Soulja Boy’s “Kiss Me Through The Phone”? For a moment, focus in on the light-hearted spirit it gave off. Its intent was cheesy, but it was a feel-good song. Moses Stone’s single, “Young and Invincible,” beams with refreshing positivity. He brings forth a “we’re all champions”-oriented motto aided by radio-friendly composition. This is the type of hope that needs to be instilled in our younger populations — not ones that express defeat, depression or opposition to the world — messages of perseverance, not anger or sadness.

A twinkling piano introduces a soulful Lisa Scinta, who repeats the title with a child-like but soulful voice. The elegant piano harmonies fade into an upbeat hip-hop beat, and Lisa’s melodies reminded me of Keri Hilson’s typical style. Moses Stone’s verses embody swagger, confidence and variability — he even sings a few lines (versatile!). At times, I found the tune to resemble Jason Derulo‘s hit, “In My Head.”

In a direct quote from Moses:

“The concept behind ‘Young & Invincible’ is to inspire and motivate all of the dreamers and believers out there that you can achieve your dreams and don’t let your fears or anyone’s negativity hinder you because you are invincible.”

Wow, profound words. I seriously respect the intention. I am also sure you can expect this to be hitting the radio waves soon — and in the meantime, check out his recently released mixtape, Resilient. Looking forward to hearing more of it!