Keira Knightley takes on the complex lead in Joe Wright’s new theatrical adaptation of the classic tragedy, Anna Karenina. See what she had to say about the part and her hot (or not so) co-stars Jude Law and Aaron Taylor-Johnson. 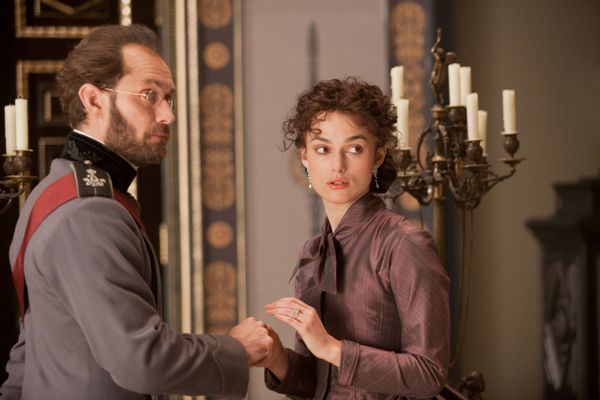 The always breathtaking Keira Knightley will wow viewers in her latest period piece, Anna Karenina. Her stunning dresses, elaborate dance sequences and steamy scenes with rising hottie Aaron Taylor-Johnson are sure to raise the temperature in the room. But one usually distractingly sexy actor who’s not bringing the heat in this movie is, sadly, Jude Law.

WATCH OUR INTERVIEW WITH KEIRA KNIGHTLEY

“Jude Law is a very, very good-looking man,” Keira told SheKnows when we sat down to chat with her about the film. “But I don’t think sexy is what he looks like in this film.”

True, and rightly so. As Anna’s government official husband who is supposed to be 20 years her senior, the 39-year-old Law wasn’t supposed to look like his usually attractive self. His acting, however, was right on par. Keira told us she was excited to work with the talented Law and up-and-comer Taylor-Johnson, 22. 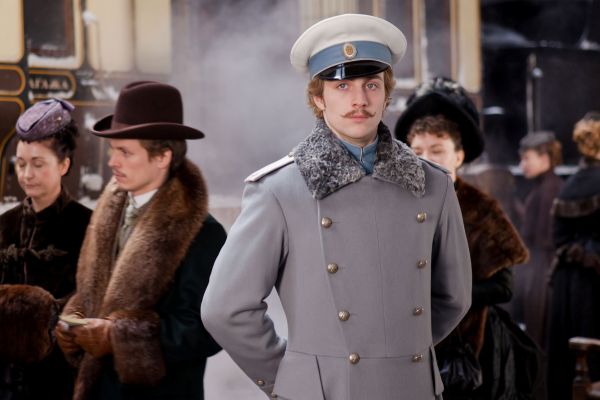 “I think they’re both phenomenal actors,” she told us. “I’ve known Jude socially for quite a few years and it was wonderful to actually get the opportunity to work with him. Aaron is wonderful. He’s a constant surprise. It will be really interesting seeing his career. He’s an extraordinary actor.”

Keira herself, though, is the one who really electrifies this film. Playing Anna, the 27-year-old English actress takes on a variety of roles in one: the scorned wife, the illicit lover and the doting mother. Her range within the character is truly impressive.

“I think it’s always more interesting playing the complex characters,” said Knightley. “Playing with if she was the heroine or the anti-heroine, all the way through, was kind of an interesting thing. She is very real. She is wonderful and full of laughter, and she is also horrendous and manipulative. I thought that was kind of true to life.” 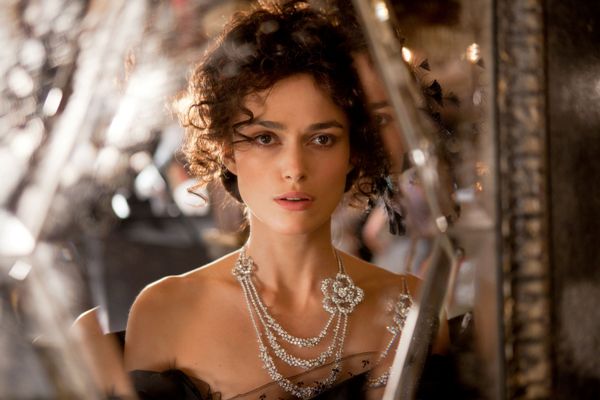 Along with the challenge of the acting, Keira also had to face the difficulty of learning a very intricate dance number.

“It was very difficult to learn,” she told us of her ballroom scene with Taylor-Johnson. “The bottom half is sort of a classic waltz and the top half goes off into this whole other thing with hand movements. It was like that thing where you’re patting your head and rubbing your stomach.”

She had no trouble, though, with the gorgeous gowns she wore in the film. Keira worked with the same designer as on her films Pride & Prejudice and Atonement. She told us the dresses were based off of 1950s Dior couture gowns and made with modern fabrics like denim. And despite how skinny her waist looks onscreen, she didn’t have to deal with a troublesome corset.

“Unless you see me wearing a corset in the film, I actually wasn’t wearing one,” she said. “I was very, very lucky. That’s the wonderful thing about actually knowing the costume designer. She was like, ‘I think we can get away without that.’”

Be sure to catch Keira Knightley, Jude Law and Aaron Taylor-Johnson in Anna Karenina, in theaters today!