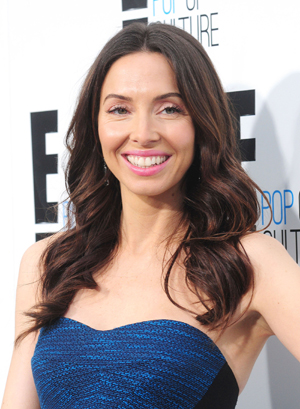 Hey, everybody, Whitney‘s back! And it’s just as awful as before!

The sitcom starring comely comedian Whitney Cummings is back for a second season, despite a first season characterized by meh ratings and critical condemnation. Audiences responded tepidly, handing Whitney a 1.4 share among adults 18-49 with 4.2 million. And critics lambasted the second-season opener, calling it everything from “tedious” to “lazy.”

It’s unclear why Whitney was renewed in the first place, having drawn consistently lousy ratings after a promising debut of almost 7 million viewers. By the time of the series’ first-season finale, that number had dropped to about 4 million viewers, a situation Entertainment Weekly referred to as a “ratings murk.”

Whitney was also the target of critical ire. Prominent television critic John Sepinwall thought Cummings’ onscreen persona was “not only insane, but incredibly annoying,” and the show was “stupid” and “schticky.” Whitney earned a depressing D+ from The Onion‘s A.V. Club reviewers, who wrote that Cummings’ acting was “stagy” and the show “sluggish.”

Whitney (the show) and Whitney (the woman) were also unpopular with viewers, particularly after a “don’t hate me because I’m beautiful”-style TV campaign that attempted to attract attention for the series’ debut.

Viewer ire was so pricked by Cummings that The New Yorker‘s Emily Nussbaum called Cummings “this year’s sexy-girl hate magnet,” taking over for Olivia Munn, who supplanted Chelsea Handler, who eclipsed Sarah Silverman.

“These performers diverge widely,” Nussbaum wrote, “but they share some traits. They’ve got dirty mouths and model-skinny looks. They get accused of sleeping their way to the top. With varying degrees of satirical intent, they play the slut card instead of the quirky card. It’s a tactic that can backfire (and repel women), but there’s an argument to be made for being threatening rather than ‘adorkable.'”

Well, Nussbaum does have a point there. Nothing makes this viewer want to gouge her eyes out more than a story that uses the word “adorkable” to describe Zooey Deschanel, particularly if the actress is pictured wearing a quirky vintage dress and a whimsical hat sourced from a Third World country, rolling her eyes mischievously away from the camera while dancing in the rain or ordering waffles for supper or some other manic pixie drollery.

Where were we now? Oh, yes. Whitney. It’s back.