Most people will tune in to the 2012 American Music Awards — broadcast live on ABC on Nov. 18 — to see the stars and hear the music. We’re just in it to see what the stars wear. We’re in for quite an eclectic mix, judging from the looks of years past. 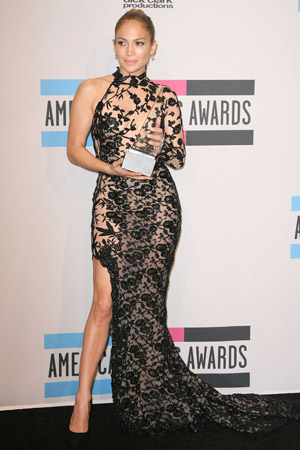 Jennifer Lopez and her curvy body could make a paper bag look good, but even she isn’t prone to a few fashion missteps. Luckily, the 2011 AMAs wasn’t one of those times: The mom of Max and Emme looked ahhhh-mazing in her asymetrical gown by Zuhair Murad. 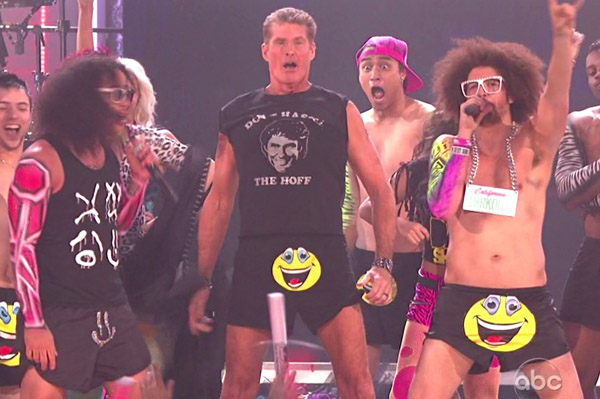 The two dudes in LMFAO are pretty much going to be the worst-dressed people at any event they go to — and the 2011 American Music Awards were no exception. Pro tip: Never dress like this, unless it’s Halloween. 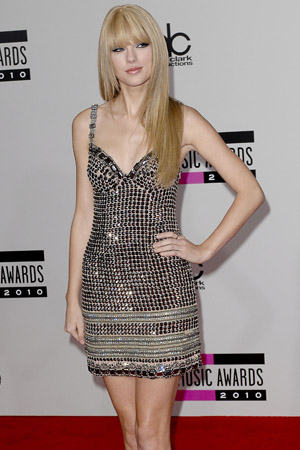 We’re used to seeing Taylor Swift with straight hair now, but it was all so new to us when she opted for a stick-straight blonde look for the 2010 AMAs. The hair — along with her embellished Collette Dinnigan dress — introduced us to Taylor Swift the grown-up. 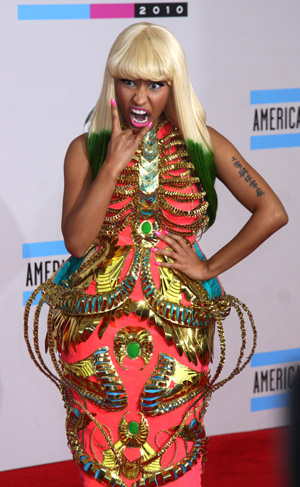 Nicki Minaj was all smiles at the 2010 AMAs with her monstrosity of a dress. It looked like a craft store exploded on her — and apparently that’s the look she was going for.

“It’s just a weird thing. It looks like it could be a piece on the middle of your table and you picked it up, put some clothing on it, and now you can wear it,” she told MTV News at the time. “It’s all about feeling like, ‘Grrr.’ This dress it the epitome of Pink Friday. This is the dress version of my album.”

So, she’s saying her album was crap? 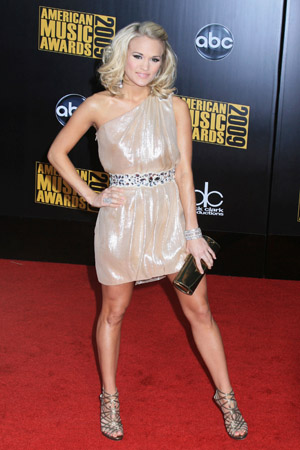 Does Carrie Underwood ever look bad in anything? We’re going to go ahead and say no. Case in point? Her one-shouldered metallic Theia dress from the 2009 AMAs. We can totally see why Mike Fisher loves her. 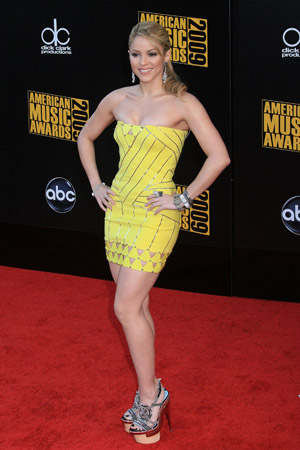 We usually love Shakira’s sense of style, but her yellow Versace minidress from the 2009 AMAs is cut way too short for even her tiny frame. Also, WTF is up with those shoes? Do not want.

The 2012 AMAs will be broadcasting live on Nov. 18 on ABC, and SheKnows Goes to the Shows will be there, live on the red carpet!

Who do you think will be the best-dressed and worst-dressed at the 2012 American Music Awards?