The 2012 American Music Awards is shaping up to be a star-studded event. Pulling out all the stops, the show has not only a lengthy list of performers to look forward to, but big-name presenters set to take the stage! 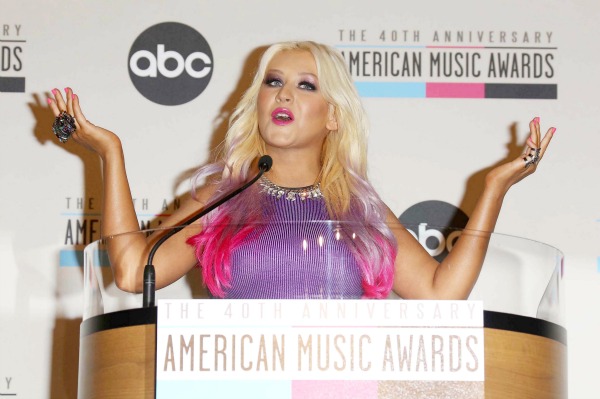 From a listen to Christina Aguilera’s Lotus to gowns and getups galore, the 2012 AMAs promise to be a feast for both the eyes and ears. A list of 17 performers has been announced for the event on Nov. 18, with even more big names being revealed as slated to present!

Taylor Swift — Up for the Favorite Female Artist award in the Country category, Taylor Swift is also set to take the stage and perform a piece from her Red album.

Justin Bieber — Nominated for three awards, the boy wonder is our pick for Favorite Male Artist in the Pop/Rock category!

Ke$ha — “Tik Tok” it’s Ke$ha time! Although she’s currently promoting her new album Warrior, the 25-year-old did not pick up any nominations for the 2012 American Music Awards.

Carly Rae Jepsen — The woman who created the hit of the summer, “Call Me, Maybe,” is nominated for New Artist of the Year.

PSY — If you don’t know the name you’ve most certainly heard of “Gangnam Style” by now. The man behind the YouTube video sensation will be among the 2012 AMA performers.

The Wanted — The international boy band, made up of Max George, Siva Kaneswaran, Jay McGuiness, Nathan Sykes and Tom Parker, is best known stateside for the 2012 hits “Glad You Came” and “Chasing the Sun.”

Christina Aguilera — The music-industry veteran and The Voice reality star will perform at the American Music Awards to promote Lotus.

Carrie Underwood — Fresh off of hosting the CMAs, Carrie Underwood is taking a turn at performing at the AMAs. She’s up against Taylor Swift for the Favorite Female Artist in the Country category, and is also nominated for Favorite Album in the same category for Blown Away.

Nicki Minaj — Our pick for Favorite Female Artist in the Pop/Rock category, Nicki Minaj is nominated in a quartet of categories this year. Although Rihanna has the same number of nominations, only Ms. Minaj has also agreed to perform!

Kelly Clarkson — The American Idol winner is nominated for two AMAs, including Favorite Female Artist in the Pop/Rock category.

No Doubt — Gwen Stefani and her No Doubt bandmates are set to take the stage to promote their sixth album, Push and Shove.

Linkin Park — Nominated for Favorite Artist in the Alternative Rock category, Linkin Park will be performing to promote their fifth album, Living Things.

Pink — Be on the lookout for a performance from Pink, who is said to be promoting her single “Try,” off 2012’s The Truth About Love album.

Pitbull — Back from Alaska, Pitbull is set to perform as well as contend for two awards at the 2012 AMAs.

Swizz Beatz featuring Chris Brown and Ludacris — This trio of big names from the hip hop and R&B world are set to take the AMA stage, after recently having collaborated on the song “Everyday Birthday.”

Usher — Usher and protege Justin Bieber are going head-to-head at the American Music Awards. Both are slated to perform, as well as compete for the Favorite Male Artist in the Pop/Rock category!

Bonus — Stevie Wonder will deliver a tribute to the late Dick Clark, founder of the American Music Awards, in coordination with Ryan Seacrest.

Remember, the 2012 AMAs will be broadcasting live on ABC on Nov. 18, and SheKnows Goes to the Shows will be there, live on the red carpet!