Sunday, the most popular musicians, singers and songwriters will appear at the 2012 American Music Awards. This year marks a special occasion: It’s the AMAs’ 40th anniversary! In honor of its colorful past, we’ve highlighted five of the biggest moments in the show’s history. 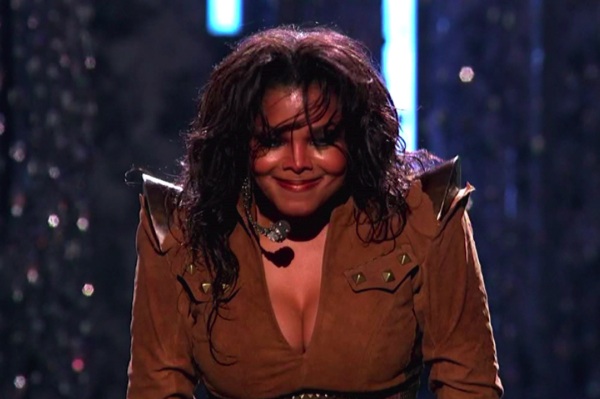 Janet Jackson‘s still got it. The singer and actress, who’s been in the industry since she was a child, took the stage in 2009. Not only did she sing a medley of hits, but she danced the entire time. The audience got a taste of her impressive catalogue, which includes “Miss you Much,” “Together Again,” “If” and more. Ms. Jackson didn’t miss a beat!

The year was 1997. The artists were Alice Cooper and… Pat Boone. Yes, the singer known for his family friendly music had gone to the dark side. In an effort to promote his latest album, In a Metal Mood: No More Mr. Nice Guy, Boone appeared at the AMAs dressed in leather, tattoos and (gulp) a dog collar. That image will be seared into our brains for the rest of our lives.

LMFAO dominated radio in 2011. Therefore, it made sense that the AMAs chose them to close out the show. We expected bright lights and bold costumes, but nothing could have prepared us for The Hoff. During their performance, David “Baywatch” Hasselhoff appeared wearing a T-Shirt that said, “Don’t Hassel The Hoff,” and short shorts. If that wasn’t weird enough, Justin Bieber also popped up sporting zebra pants. Yeah, that happened.

Adam Lambert’s here for your entertainment

Adam Lambert sure knows how to make an impression. Shortly after finishing American Idol, he quickly began working on an album. The American Music Awards were used as a launching pad for his single “For Your Entertainment.” He gave us a racy performance that included lots of making out, gyrating and sexual innuendo. The following day (as expected), Lambert was the talk of the town. We’re sure Madonna and Lady Gaga were proud.

Beyonce brings out the single ladies

In 2008, Beyonce — or should we say Sasha Fierce — introduced us to “Single Ladies.” It was the anthem of every fed-up girlfriend who wanted her man to “put a ring on it.” So when Beyonce performed the hit for the American Music Awards she brought the heat! Backed by two dancers (including Glee‘s Heather Morris), and a female-centric band, the ladies were definitely in the house.

The 40th American Music Awards will be broadcast live Nov. 18 on ABC, and SheKnows Goes to the Shows will be there, live on the red carpet!