Danielle Staub will be back to cause more drama on the Real Housewives of New Jersey, if these insiders are right. 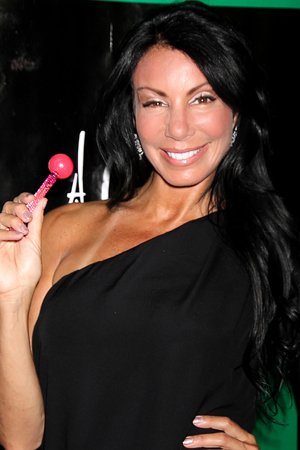 Tired of the same old Teresa Giudice versus The World drama on the Real Housewives of New Jersey? You’re in luck: Former troublemaker Danielle Staub is reportedly on her way back to the show that made her famous.

“Bravo has offered Danielle a contract,” an insider told In Touch. “Danielle is contemplating whether this will be full-time or part-time.”

Another unnamed insider confirmed the news.

“The producers squeezed all the juice they could from the Giudices-versus-Gorgas story line and had to think of a fresh outlet for drama,” the source said, referring to all of Teresa’s drama with her sister-in-law, Melissa Gorga. “Having her back on will ruffle a lot of feathers!”

You can say that again.

We’re totally over this show — exactly how many shows can we watch with people just fighting over stupid drama over and and over again? But, the ratings are still high and some people still seem invested in it.

Staub confirmed to TMZ in October that yes, she met with Andy Cohen — but she wouldn’t say why. The news was out of left field, especially since Staub told RealityTea that her children begged her to leave the show.

“It got really scary for me and for my children,” she said of the constant fighting. “They begged me not to go back [to Bravo] after the reunion.”

It’s still all up in the air, though: Bravo instigator-in-chief Cohen wouldn’t confirm any news on Wednesday.

“So many Housewives rumors today and only 140 characters to say: Watch What Happens,” he tweeted. We’re going to go out on a limb and assume that means yes, we’ll be seeing that “prostitution wh**e” back on the small screen soon.