HBO’s drama The Newsroom may not have gone over well with critics, but what do they know? As the show returns for a second season, more names are added to the cast. 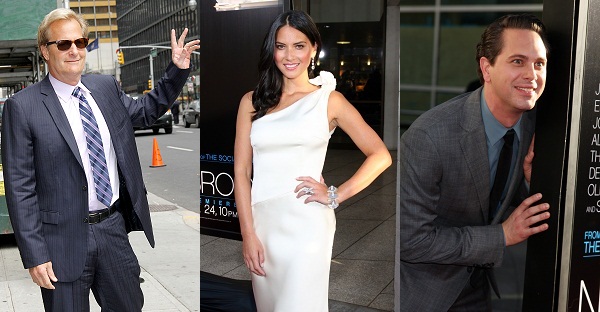 While there’s still no start date for the second season of The Newsroom, there continues to be a slight buzz about the show. How has HBO made that happen? Well, not every media blurb happened on purpose. The rumor over Aaron Sorkin firing nearly all of his writers wasn’t planned. Neither was the topless picture Alison Pill accidentally tweeted. However, the new additions to the cast have been intentional.

Spoilers! Newsroom creator tells us what’s ahead on Season 2 >> 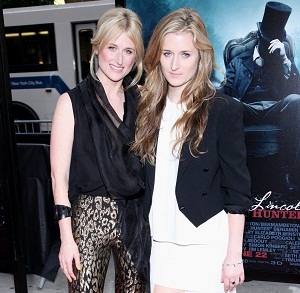 The most recent cast addition (announced on Tuesday) is Grace Gummer. Gummer is the daughter of Meryl Streep and the sister of Emily Owens, M.D.‘s Mamie Gummer. She’s previously appeared on Smash and Nickelodeon’s Gigantic. Her character, Hallie Shea, will be an embedded reporter on the Romney campaign trail.

Two other stars have also been added to The Newsroom‘s cast. Patton Oswalt and Rosemarie DeWitt will join the crew for the second season. Oswalt will play the human-resources VP for Atlantic Cable News, the network that airs Will McAvoy’s show. Meanwhile, DeWitt comes on board to play an attorney defending ACN in a wrongful termination suit.

Never caught Season 1 of The Newsroom? Check out this teaser from last year, then catch the rest of the episodes on HBO on Demand.

The Newsroom centers on Will McAvoy (Jeff Daniels), a hotheaded and opinionated cable news anchor who’s determined to change the shape of journalism. The show was created by Aaron Sorkin, the genius behind the political drama The West Wing. Much like President Bartlet on The West Wing, McAvoy is often the fearless leader who inspires his support staff with his dogged determination. Sorkin’s trademark of letting his characters speak in soliloquies instead of just having conversations is also a major part of the show. What better way to channel that urge than to focus on someone (a news achor) whose only job is to have one-sided conversations?

Newsroom to return in early June >>

Perhaps the most intriguing part of The Newsroom, though, is how it works. Sorkin and his very small team of writers take actual, recent events, depict how they might have broken in McAvoy’s newsroom and show how the news team might have decided to cover them.

Despite the disapproval of critics, The Newsroom earned great viewer ratings in its first season. After only two episodes, HBO signed on for a second season that will, hopefully, begin airing by early summer.