Even the best performers can have an off night at the American Music Awards. Just ask Katy Perry, Adam Lambert and Jennifer Lopez. 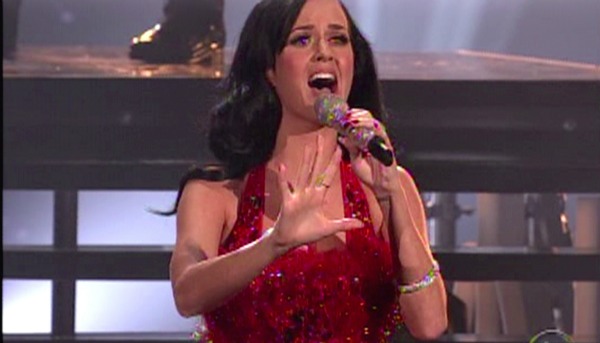 For every big superstar performance there is at the American Music Awards, there is always a flop. In the past few years, we have seen a couple of successful musical performers have an off night on that Nokia stage in Los Angeles. Let’s take a look at a few performances that were epic for all the wrong reasons.

2009 was a big year for Adam Lambert. He not only starred in Season 8 of American Idol, finishing second to winner Kris Allen, but he had the opportunity to perform at the AMAs that year to promote his new album, For Your Entertainment. He performed the single of the same name at the show that year, but unfortunately, his performance was beyond controversial. The Parents Television Council urged viewers to complain to the FCC about the indecency of the broadcast. Lambert had a dancer’s head grinding against his pelvis, he grabbed the crotch of another dancer, and he laid that infamous kiss on his bassist after he sang the words, “Can you handle what I am about to do?” ABC was not too pleased after they received about 1,500 complaints, so they canceled Lambert’s appearance on Good Morning America.

This was clearly a banner year for the AMAs, and the pop diva did not have her best performance on the stage that night either. She was introduced by the announcer with, “Here’s a knockout performance by Jennifer Lopez.” Well, this knockout performance of “Louboutins” turned into a knockdown performance, as she jumped off the back of one of her dancers and slid right to the floor instead of landing on her feet. Like a true champion, though, she fell in time with the music and hopped up without missing a beat. That’s a true diva move.

Finally, we get to what had to be the worst performance in recent memory: Katy Perry singing her monstrous hit “Firework” in 2010. The piece started out spectacularly as a children’s chorus sang the opening to the single. Everything went smoothly until the Grammy nominee hit the stage in a gorgeous, red-sequined costume. She opened her mouth, and the audience heard every single note of the song — but they probably wished they hadn’t because she struggled all the way through just to hit the right notes. Randy Jackson was probably screaming “pitchy” at his television screen that night because the song was way out of her vocal range. That’s when we realized the engineers might have been studio-mixing Perry’s songs for her albums. However, the big win of the night was the kids’ choir. They stayed in tune.

Who will be this year’s big AMAs performance flop? Find out on Nov. 18 on ABC, and watch the SheKnows celebrity interviews from the red carpet on SheKnows Goes to the Shows.