The Food Network star opened a new restaurant in Times Square in New York City, but the New York Times gave him zero stars and a review worth talking about. 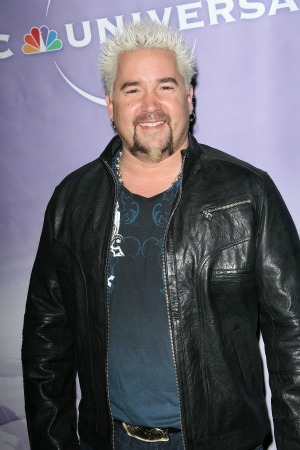 Guy Fieri recently opened a new restaurant in Times Square, and let’s just say his New York Times review was not quite what he had hoped. The review came out Nov. 13 and seems to be getting more press than the restaurant itself. The review, written by Pete Wells, is written as one giant question to Fieri.

“Guy Fieri, have you eaten at your new restaurant in Times Square?” Wells started. “Have you pulled up one of the 500 seats at Guy’s American Kitchen & Bar and ordered a meal? Did you eat the food? Did it live up to your expectations?”

The review goes on to explain specific things on the menu, or experiences the reviewers “endured” while eating at Fieri’s restaurant.

“What exactly about a small salad with four or five miniature croutons makes Guy’s Famous Big Bite Caesar (a) big (b) famous or (c) Guy’s, in any meaningful sense?” he said.

Wells also beat up on basically all other types of food in the restaurant, from the nachos (“one of the hardest dishes in the American canon to mess up”) to the calamari and even the cocktails. The only drink Wells seemed to approve of was the beer. Wells continued by talking (rather, asking) about the way the food was served.

“Somewhere within the yawning, three-level interior of Guy’s American Kitchen & Bar, is there a long, refrigerated tunnel that servers have to pass through to make sure that the French fries, already limp and oil-sogged, are also served cold?” Wells pondered, continuing the brutal attack by asking, “Does this make it sound as if everything at Guy’s American Kitchen & Bar is inedible? I didn’t say that, did I?”

Ouch. Wells also criticized the service, the hostess and even the decor. Some are saying the review was a little too one-sided, but time will tell if it hurts business. Tourists do love themselves a star, after all, and the restaurant is located in tourist-land. And chances are, the restaurant won’t be promoting its zero-out-of-four-stars review at the door.

Fieri was the first winner of Food Network Star and currently hosts the Food Network show Diners, Drive-Ins and Dives. He has not yet responded to the less-than-favorable review.