The key to a good show is the opening act, so take a look back at the last three powerful performances of the American Music Awards with Janet Jackson, Rihanna and Nicki Minaj. 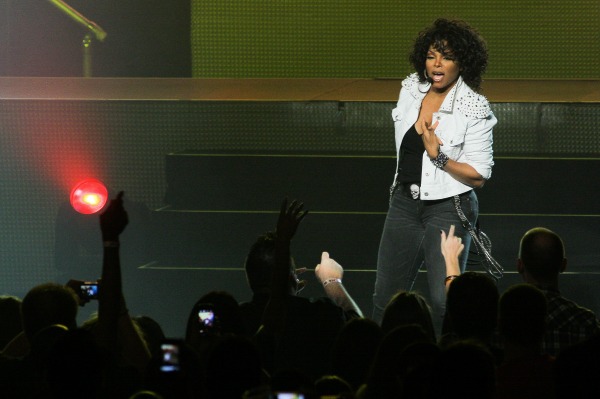 The opening act of the American Music Awards always sets the tone for the entire evening. Over the last three years, the show has booked some of the most powerful performers to hit the stage and create an incredible night of music. Take a look back at some of the artists:

This was a crucial year for the AMAs. First, it was the year the music industry lost a giant, Michael Jackson. As the first big music awards show of the season, it was only fitting that MJ’s sister, Janet, opened the show. It reminded the audience not only of the tremendous talent that runs in the family, but it said goodbye to an entire generation of music pioneers. At the time, Janet was promoting her new greatest hits album, Number Ones, so we got to see some of the ’80s/’90s hits like “Control” and “Miss You Much” performed on the Nokia Stage in Los Angeles.

While Janet went old school with dancers and a simple stage setup, Rihanna showed how the kids do it now. The elaborate set and light show provided a colorful and dramatic backdrop for the “Umbrella” singer. She dressed in a black and white bikini with ruffled armbands and a colorful wrap around her bottom. The choreography was more suggestive than Jackson’s set the year before, but Rihanna owned every minute she was on the stage. The numbers were choreographed by Tina Landon and the spectacular set received a standing ovation from the audience. The medley of songs included “Love The Way You Lie,” “What’s My Name,” and “Only Girl” and the performance clocked in at just over seven minutes.

Not to be outdone by Rihanna, the chart-topping Nicki Minaj performed a fierce set with DJ David Guetta. The set was built high with speakers that opened up to reveal the DJ as he kicked off the show until a series of flashes, smoke and lights revealed a superhuman Minaj at the top of the DJ booth. Yes, she did have boob clocks and butt speakers as a part of her costume, but she sang some of her greatest hits from “Turn Me On” and “Where Them Girls At” to “Super Bass.” While the choreography wasn’t as spectacular as Rihanna’s the year before, the technology used for the performance was an impressive display.

While this year’s opening act has yet to be announced as of press time, the 2010 and 2011 opening acts lead the nominations with four apiece.

The AMAs will be live on ABC on Nov. 18. SheKnows will be there on the red carpet, so check out our celebrity interviews on SheKnows Goes to the Shows.