Billy Joel, Rihanna and 123 other musicians have signed their famous names to an open letter concerning music-streaming service Pandora. Are they in the right to fight for royalties, or is streaming being charged unfairly? 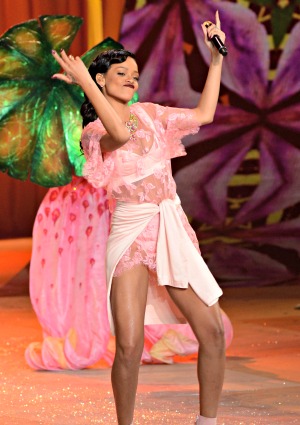 Billy Joel and Rihanna are putting up a fight against Pandora’s streaming services — and they’re far from alone.

In an open letter that is scheduled to be published in Billboard magazine over the weekend, a group of 125 musicians has joined together to protest the way Pandora Media, Inc. plans to compensate artists.

Arguing a bill labeled the Internet Radio Fairness Act isn’t so fair after all, the group explains:

“Why is the company asking Congress once again to step in and gut the royalties that thousands of musicians rely upon? That’s not fair and that’s not how partners work together.”

Billy Joel, Rihanna and Missy Elliot are among the big names that assert the bill would decrease by 85 percent the amount of money an artist receives when his or her songs are played over the internet.

“The current law penalizes new media and is astonishingly unfair to Internet radio,” a message on Pandora’s website reads.

“We are asking for our listeners’ support to help end the discrimination against internet radio. It’s time for Congress to stop picking winners, level the playing field and establish a technology-neutral standard.”

The musicFIRST Coalition, made up of musicians and businesspeople, encourages all music fans, famous or not, to get involved. On a page that encourages everyone to “Tell Congress: Don’t slash music creators’ pay,” they explain:

“The truth is that Pandora’s dishonest proposal would be devastating to music creators. And, while Pandora’s misleading campaign claims that Pandora is suffering under the current, fair system of compensation, nothing could be further from the truth. Pandora is expected to clear $600 million in revenues next year under the current system, and has seen year to year revenue growth that would be the envy of many businesses and families in this time of slow economic growth.”

Will you be joining Billy Joel, Rihanna and others in the fight against Pandora?