Jon Bon Jovi’s daughter had the worst night ever, and it’s no laughing matter. The progeny of the squeaky clean rocker OD’d, got arrested and might get kicked out of school. Bad medicine, indeed. 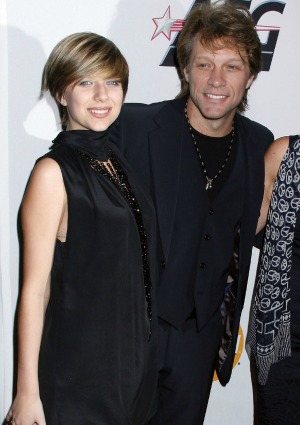 Jon Bon Jovi has been spending his days dishing out free food to victims of Hurricane Sandy in New Jersey, but his daughter has been busy with a far more nefarious activity.

Stephanie Rose Bongiovi apparently has herself a nasty little drug habit. The rock princess had the worst night ever yesterday when she allegedly overdosed on heroin in her upstate New York college dorm, then got arrested to boot.

Things might get even worse for the teen: There’s a possibility that she could be kicked out of school. Hamilton College told WKTV, “In addition to violating state law, the actions alleged to have been committed by the students violate Hamilton College policy. The college is cooperating with the police investigation. Our first concern is always for the safety of our students. Out of respect for the privacy of our students and in accordance with federal regulations we do not discuss individual health or disciplinary matters.”

Stephanie is one of four children and the only daughter of Jon Bon Jovi, who is married to his high-school sweetheart Dorothea Hurley.