Children’s film exhibits a tired trope: Boys won’t watch movies that center on female characters, so why include them? 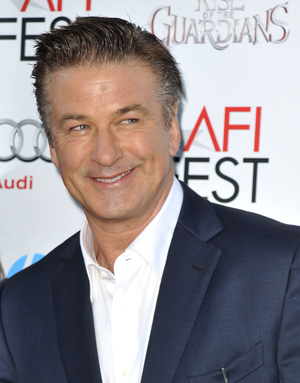 Sigh. Much like just about every children’s movie out there, the upcoming Rise of the Guardians (out Nov. 21) looks to be exhibiting Smurfette Syndrome: The only females in the movie are tokens.

As you may have heard, Rise of the Guardians is based on The Guardians of Childhood, a book series by author William Joyce, who began writing down the bedtime stories he told his daughter, Mary Katherine (significant!), after she innocently wondered if Santa Claus and the Easter Bunny knew each other.

In both the books and the upcoming movie, most of the heroes and villains are male: Santa (a.k.a. North, voiced in the movie by Alec Baldwin), the Easter Bunny (Hugh Jackman is the voice of E. Aster Bunnymund) and Pitch (Jude Law plays the fearsome boogeyman). The sole female Guardian is the Tooth Fairy, envisioned as a birdlike creature (if birds had hourglass figures) and voiced by Isla Fisher.

The Easter Bunny had to be a fella, folks? Why, now?

Anyway, the movie departs from the book series by zotzing the central female character Katherine, a young girl who becomes Pitch’s greatest rival. Instead, the child at the center of the action in Rise of the Guardians is male, a young boy named Jamie (Dakota Goyo).

Rise of the Guardians promises plenty of holiday magic >>

Many children’s shows and movies (see Pixar sausage-fests such as the Toy Story series) have no female characters at all. Those that do all too often relegate a female presence to just one woman in a sea of males, or, the sole Smurfette in a village of Smurfs.

Since author Joyce was originally telling bedtime stories to a daughter who wound up giving her name to a powerful, central female character in the Guardian books, the lack of female representation in the Rise of the Guardians movie is particularly disappointing.

But hey, everyone knows that girls will watch movies starring boys, while boys won’t watch movies centering around girls, right?

A female protagonist didn’t seem to harm The Wizard of Oz, but what do we know?