Following successful adaptations of rides such as The Haunted Mansion and Pirates of the Caribbean, the Disney roller coaster will be the basis of an ABC series. 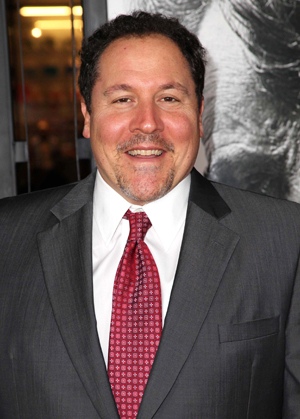 ABC Studios must be short on inspiration: The Disney-owned network plans to develop a TV series modeled on Big Thunder Mountain, a popular Western-themed roller coaster at Disney Parks in California, Florida, Tokyo and Paris.

So just how do these fellas intend on turning a coaster into a drama? Welp, as Big Thunder Mountain fans will recall, the ride has an Old West theme. The writers intend to capitalize on that setting, writing about a gold rush mining town that’s long been a sacred spot to Native Americans.

The town will be beset by natural disasters, writes The Hollywood Reporter, but it’s unclear just what disasters we’re talking about, as the Reporter confusingly claims that the disasters will differ according to region: California and Paris will get earthquakes, Tokyo will suffer a tsunami, and Florida garners a flash flood.

Um, how do they plan to show these different disasters converging on one town? No word from ABC, which is keeping plans under wraps.

Sure sounds like a weird plan, but we all thought that when Pirates of the Caribbean morphed from ride to movie. How many bazillions of dollars did that series of movies make? Um, yeah, that’s why we later saw The Haunted Mansion, Mission to Mars, and the Country Bears (which is based on the attraction The Country Bear Jamboree) on the big screen. Have you seen The Country Bears? Gotta be one of the most disturbing uses of puppeteering technology ever. But I digress.

Johnny Depp back for Pirates of the Caribbean 5?>>

The Hollywood Reporter also notes that Big Thunder Mountain isn’t the only oddball Disney adaptation in the works: a film called Magic Kingdom, set entirely in a Disney park, is now being developed by director Jon Favreau and Michael Chabon. Yes, the best-selling author of The Amazing Adventures of Kavalier & Clay. I know! I wondered WTF, too.

Jon Favreau confirms he will not be directing Iron Man 3>>

Slashfilm reported last year that the Chabon-penned project will be akin to Night of the Museum set at Disney. What, the Dumbo ride is going to come to life? Good luck writing some subtlety into that high-concept setup, Chabon.