Brace yourselves for more Oz: The Great and the Powerful. A new trailer’s been released featuring fresh footage from the epic prequel. Watch as James Franco encounters Munchkins, monkeys, and three powerful witches. 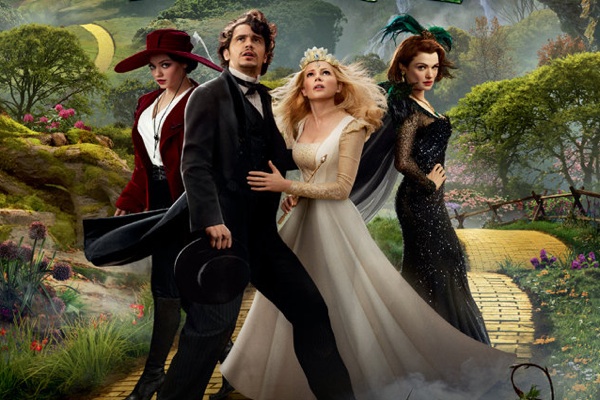 Disney has unleashed a new trailer for their fantasy epic, Oz: The Great and Powerful. It’s the latest film from Sam Raimi (The Spider-Man Trilogy) that takes on one of the most iconic characters of all time: The Wizard of Oz.

Oz: The Great and Powerful serves as a prequel to the 1939 film starring Judy Garland. Instead of focusing on Dorothy Gale’s magical trip from Kansas, we shift to Oscar Diggs (James Franco). Diggs is a lowly circus magician, who has aspirations for something more. Somehow his hot-air balloon gets swept into a tornado (just like Dorothy) and he’s transported to a mysterious land.

Once he lands in Oz, Oscar encounters three witches: Theodora (Mila Kunis), Evanora (Rachel Weisz), and Glinda (Michelle Williams). The sisters are unsure if he’s the savior they’ve heard so much about. The prophesied “wizard” must travel through the Dark Forest and defeat the evil Wicked Witch.

“Reluctantly drawn into the epic problems facing the Land of Oz and its inhabitants, Oscar must find out who is good and who is evil before it is too late. Putting his magical arts to use through illusion, ingenuity — and even a bit of wizardry — Oscar transforms himself not only into the great and powerful wizard but into a better man as well.”