Unlike awards shows that celebrate actors who are skilled at being poised, composed and rehearsed, the American Music Awards gets all musical walks of life under one big top — and you know what that means. Musicians are edgy, unpredictable, and sometimes, drunk. Let’s take a look back at the AMAs’ juiciest moments… 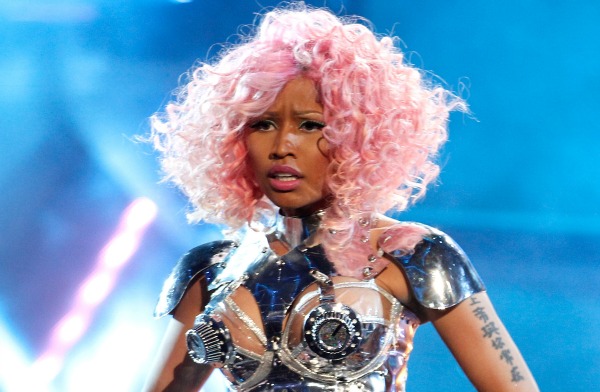 What else would we expect from guys named Duff and Slash? At the 1990 AMAs, these two stumbled to the stage, looking a mess and slobbered their way through a drunken acceptance speech. Of course, anything produced by Dick Clark is a family feature, so when Slash let the “f-bomb” fly, the “exit stage left” music blared. All you can think of is Duff and Slash’s poor mothers who waited for their babies to win an AMA and then watched in horror as their darlings publicly derailed.

Rest poor Anna’s heart. This is particularly sad, knowing what we know now. But this is about the juiciest moments of the AMAs, and so we must carry on. In 2007, Anna Nicole Smith, who looked amazing, took the AMA stage and asked if we like her body. From there, we can’t really make out what she’s saying other than some barely audible jibberish about a Kanye West video and then her shouted declaration that he’s a “frickin genius.” This year’s presenters can take heart. You’d have to really make an a** of yourself to dethrone Anna Nicole as the worst presenter in AMA history.

Thanks, but no thanks

At the 1996 AMAs, Garth Brooks refused an award for Artist of the Year, saying other folks were more deserving. Backstage, Brooks said that he’d “been around the country and retailers said that Hootie (and the Blowfish) kept them alive that year.” Instead of seeing Brooks’ stunt as cheap theatrics, most folks agreed with his analysis that Brooks had a couple of good years, but that 1995 wasn’t really one of them. Dick Clark said Brooks refusal was “a stroke of genius” and that he wasn’t offended by what Brooks had done. Garth Brooks did, however, cheerfully accept Artist of the Decade in 2000.

Raise your hand if you still secretly listen to — and secretly love — Milli Vanilli. Uh-huh. We thought so. Keep your hand in the air if you re-wound the part in the Blame it on the Rain video where a shirtless Milli (or was it Vanilli?) gets up out of the chair. Mama like. We’ll even forgive Vanilli (or is Milli?) for his off-beat-side-to-side-white-dude moves behind the mic.

These two were sexy as hell, and most of us didn’t really give a rip about the whole lip-syncing scandal. In 2000, when people could no longer deny that these guys were a fraud (mostly because their recording skipped during a live performance and they just kept “singing”), they had to give back their Grammy. But they didn’t have to give back their AMA because it was determined that those awards are chosen by consumers. Here is the Blame it on the Rain video. You’re welcome…

With an album set for release in 2009, American Idol runner-up Adam Lambert put his own spin on the Britney/Madonna makeout session by lip-locking a guy on stage during a live performance. He also threw in some gyrating with a side of simulated acts — all of which pissed ABC off for a while. (West Coasters didn’t see what the big deal was because by the time they saw it, all Adam’s “naughty parts” had been edited out.) ABC only allowed Adam Lambert back on the network with a recorded performance for The View. Guess his timeout is over. But we’re also guessing he won’t be doing any live performances at the AMAs any time soon.

J. Lo falls down, sells out

The 2009 AMAs were definitely one of the more memorable shows with Adam Lambert’s scandalous live performance. Not to be outdone, Jennifer Lopez took a digger on stage during a live performance. When she a** planted, she tried to make it look like it was part of the dance routine. You know, kind of like we used to do when we were 6 years old and we thought we looked super-cool, and then fell and tried to make it look like we did it on purpose? Yeah, like that. In 2011, wearing another skin-suit that looks like J. Lo is in desperate need of some she-scaping, Jenny from the block annoyed AMA viewers by incorporating a Fiat in her live performance. Just like Jenny did on stage, we have to assume that her record sales and Fiat’s sales fell after that.

The 40th American Music Awards will be broadcast live on Sunday, Nov. 18, at 8/7c on ABC. SheKnows Goes to the Shows will be there, live on the red carpet!