These sexy boy-toys man-up to fearlessly lead a gang of teen vigilantes as they battle North Korean soldiers. But could an invasion like this it happen in real life? 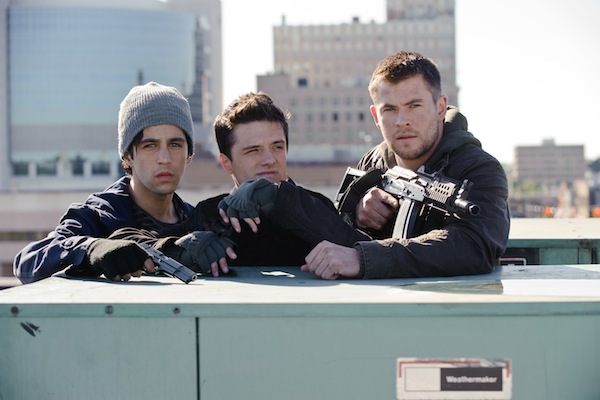 2.5 Stars: Perfect for those nostalgic for the Cold War

Ah, the Cold War. How comforting it was to have one big, bad, nuked-up enemy to hate as opposed to thousands of secretive terror cells all over the world. This remake of 1984’s Red Dawn harkens back to that simpler time when the economy was stellar and our foes were vodka-swilling Soviets.

In this new version of Red Dawn, however, North Korea steps in as the big red wolf, though apparently in the script the invaders were Chinese. This change came in post-production, possibly with the hope that China’s growing film audience would prefer to watch a movie where they weren’t the bad guys. Or maybe it was just to put some irony into the story, considering North Korea’s destitute economy and aging weaponry. Their attempt to launch a rocket was an epic fail, so staging a massive invasion on U.S. soil seems quite unlikely any time soon (except at a theater near you).

Brothers Jed and Matt Eckert (Chris Hemsworth and Josh Peck) are opposites. The oldest is jar-head Jed, who just returned from serving in Iraq for six years in what may have been an attempt to avoid dealing with his mother’s death. Matt is more sensitive and resents his brother’s absence. Buddy Robert (Josh Hutcherson) is learning to shoot a gun in what they call “a real-life Call of Duty“. 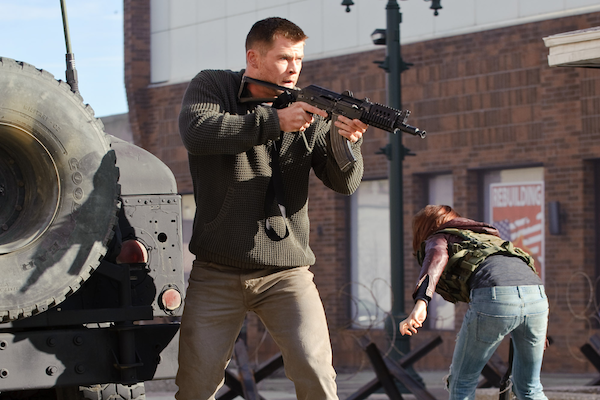 When the NoKos invade, the brothers, along with some of their high-school buddies, band together and gather as many guns as possible. The group calls itelf “The Wolverines” after their high-school football team and become mythic in the media as they fight for their freedom.

The action in this movie is relentless. I screamed out loud several times, particularly at the graphic car crashes. The pacing is fast and director Dan Bradley’s experience as a stunt coordinator serves the action well.

The one hurdle Bradley couldn’t conquer, however, was the fact that this boots-on-the-ground type of warfare belongs in 1984. After being reared on the War on Terror, I suspect teens today are too savvy to let this far-fetched invasion resonate in their consciousness.

Note to Hollywood: When looking for a truly terrifying enemy, try the weather. Hurricane Sandy caused horrific devastation and now the Jersey Shore looks like it was hit with a nuclear bomb. Sandy was far more powerful and frightening than the North Koreans will ever be.

Bottom line: Brothers banding together, fighting for their freedom, is always compelling. Taking a North Korean invasion seriously isn’t. The action in Red Dawn is well-crafted, just placed in the wrong decade.