The band is still going after all these years, but after dropping their label of 15 years, they are recording their new album the way they want.

Related story What's going on with Blink-182? A timeline of the band's controversy 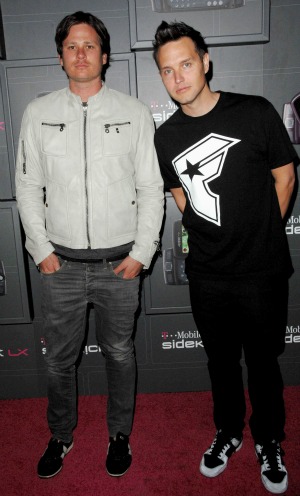 Blink-182 seems like the band that just won’t quit. In 20 years as a band, they have replaced one member, survived a plane crash involving another member and lived through a reality TV show — and that’s just the start.

Vocalist and bass guitarist Mark Hoppus announced today that there would be a new addition to the Blink-182 family, but it’s not a new baby or member. They announced they will be releasing a new EP before the end of the year.

“Blink is hoping to release a five-song EP on Dec. 18,” according to Alternative Press magazine, “but [they] are still not sure how many of the five recorded songs will make the final cut.”

The band was with Interscope Records for 15 years, but they recently cut ties with the label, leaving them open to doing things their own way for the first time in a long time.

“The future’s a wide-open door,” Hoppus told MTV. “We’re lucky to be in a position where, after 20 years in our band, we can be… open to all options.”

The album will be their first release since the 2011 album Neighborhoods. Hoppus said that the album will be released through iTunes and their website and that it will show a new side to the newly independent band.

“This kind of agility is exactly what we were looking for, post-label,” he told MTV. “We have ideas for songs, we get into a studio and put the ideas together, grind hard, chase that paper, and weeks later, we release the songs on our own.”

He also said the three members of the band have been in the studio working on the songs and have spent much more time than they are normally allotted to make each song exactly what they want.

“It’ll be something fun and funny for the holidays,” Hoppus said. “But the music is the most important thing by far, and we are truly excited for people to hear new music.”