Nicole Kidman was in her early 20s when she married Cruise. And while she doesn’t seem to regret the marriage, she has grown up a lot since then and is happy where she is now. 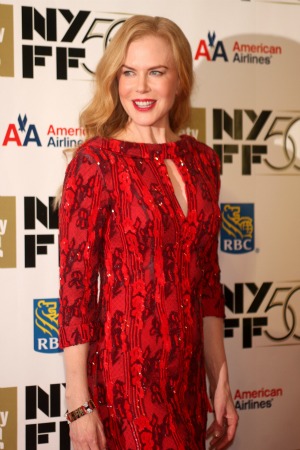 Tom Cruise and Nicole Kidman‘s relationship has long been a mystery to many. After Katie Holmes filed for divorce from the actor, many questioned the quality of Kidman’s marriage to him. But the actress sat down with DuJour magazine recently to talk about the moment she fell in love with him.

“I was totally smitten — I fell madly, passionately in love,” Kidman told DuJour, according to Us Weekly. “I was reeling with Tom. I would have gone to the ends of the earth for him.”

“We were in a bubble… just the two of us. We became very dependent on one another,” she admitted. But she also said it may have gone too fast, adding that she “was so impulsive and naive.”

Kidman and Cruise had two adopted children together and ended up divorcing in 2001. After that, she settled into single life but wasn’t sure that was what she wanted.

“I realized I didn’t want to be alone,” she said, according to Us Weekly. “I wanted to fall in love again, but I wasn’t sure I could.”

But she did fall in love again, after meeting Australian country singer Keith Urban at an event in 2005. The couple married in 2006 and had their first child in 2008.

“My life changed. He is a wonderful, caring man, and he makes me feel secure,” she told DuJour. “We don’t ever like to be separated.”

Daughter Sunday Rose was born in 2008, and it again changed Kidman’s life, after waiting so long to get pregnant.

“Having my baby has been a healing experience,” Kidman said, according to Us Weekly. “It took me so long to have a child. I feel enormous gratitude. Sunday has healed an enormous amount in me. It’s a very private thing, but she just has.”

The couple had their second child, Faith Margaret, in 2010 (through a surrogate). DuJour asked her if she feels content in her life now.

“Oh, yes!” she said. “And it’s my life. Before, I was running away from life. Now, I embrace it. You never know how long you have. So I cherish every minute.”