Shannen Doherty became worried after a fan in New Jersey threatened to kill herself if she didn’t receive a phone call from her. So, the actress called the cops. 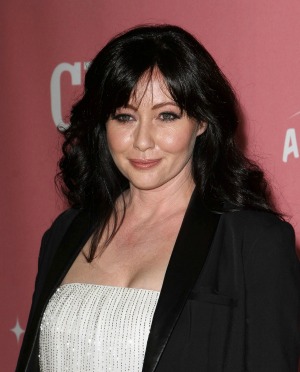 Actress Shannen Doherty reacted the right way to a disturbing incident that happened to her over the weekend. According to TMZ, the actress received multiple messages from a fan who wanted a phone call from Doherty.

“The Westampton Township Police Department in New Jersey confirms… Doherty — who lives in L.A. — contacted officers late Sunday night and told police she had been receiving several disturbing tweets from a fan who threatened to kill herself unless she got a phone call from the actress,” said TMZ.

Sources told the website Doherty also believed the fan had a gun. Doherty was able to get the woman’s address from her and relayed that information to police. When cops showed up at the woman’s house, they explained the situation to family members in the home. The 27-year-old woman was found in her room in the house.

“Cops spoke with the woman… who insisted she did not wish to harm herself,” said TMZ. “Cops also say they found nothing that would lead them to believe she was a danger to herself.”

The woman was offered medical treatment but declined to be taken to the hospital. Doherty took to Twitter later to thank the public servants who had possibly saved the woman’s life.

“Thank you to the Westampton police department for being diligent and so reassuring,” she tweeted on Sunday.

After receiving multiple worried tweets in response, she replied, “Thanks gang. Police wasn’t for me, was a girl on here who needed their help.”

Doherty recently celebrated her one-year anniversary with her new husband, Kurt Iswarienko. The marriage is her third and has already lasted longer than her first two (both of which lasted around nine months). The actress also has a few different TV projects in the works, and on Friday, she posted a photo of herself on Twitter on the set of The New Normal.