This week on Nashville, Juliette tries to clean up her image and lands a hot date, Rayna tries to change her (musical) style and Lamar plays dirty(er). 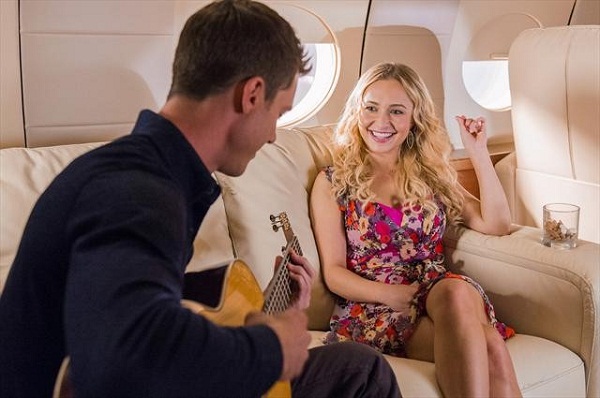 This week’s Nashville is going to be a doozy. It seems like none of the Nashville girls can catch a break and have anything go right. This week is more of the same.

First, as punishment for her lipstick-snatching incident, Juliette (Hayden Panettiere) must do a little community service. In the process of doing some good (for once), she falls into the line of sight of NFL quarterback Sean Butler. A public-relations date at a local cafe quickly turns into the real thing, thanks to Juliette’s private plane.

Dating the sweetheart quarterback seems like a great way for Juliette to change her bad-girl image — that is, until the paparazzi show up and begin to heckle the country singer. Sean goes into defensive mode and body checks one of the rogue photographers, sending him flailing to the floor. So much for Mr. Nice Guy.

Meanwhile, Rayna (Connie Britton) jumps on the chance to reinvent herself. However, not only is there a run-in with a stuck-up indie record producer, but the promo shows Rayna butting heads with the record execs, too. What exactly does she have in mind for this reinvention, and will it even work? Plus, what are her daddy and hubby going to say about the change? Lamar will no doubt worry about how it will effect Teddy’s campaign. 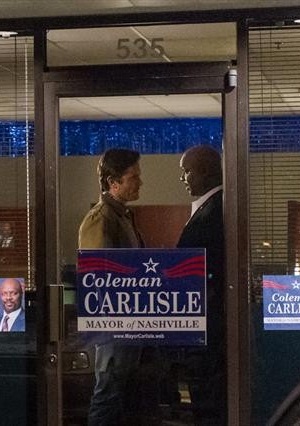 Speaking of Teddy’s campaign, it looks like Deacon and Coleman will have a private meeting. Deacon can vote for and support whomever he wants, but considering all the bad blood between Teddy and Deacon, this seems a little sketchy.

If you’re rooting for Coleman (You know you are!), make sure to root for Scarlett, too.

The little, blond poetess is about to run into yet another roadblock in her career and her relationship with Avery. After all those times Avery accused Scarlett of cheating on him with Gunnar, it looks like Avery might be the two-timer. The promo shows Avery locking lips with a woman who says she can help their careers.

Extra tidbit: It looks like Avery isn’t the only guitar player the woman has tried to nab over the years!

Nashville‘s heating up, and we’ve got practically a whole season ahead of us!