True Blood is getting some fresh meat for Season 6. The vampire drama has cast a new love interest for its leading lady. Yes, Sookie will have yet another hot guy vying for her attention. 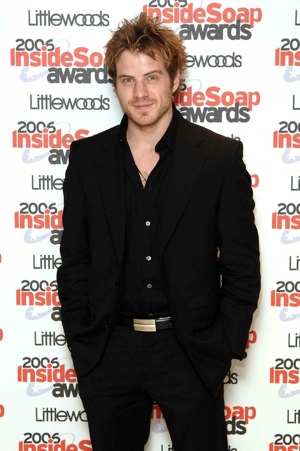 Can Sookie Stackhouse (Anna Paquin) please leave some men for the rest of us? Apparently, Bill, Eric and Alcide aren’t enough for the True Blood heroine. Perhaps vampires and werewolves have lost their appeal? The southern belle is moving on to her own faerie kind.

According to TVLine, Sookie will get up close and personal with a new guy next season. His name’s Ben, and he’ll be played by British actor Rob Kazinsky. Hmm, he shares the same homeland as Paquin’s co-star and real-life husband Stephen Moyer. The more Brits the merrier.

Kazinsky is best known for his stints on EastEnders and ABC’s Brothers and Sisters.

TVLine describes Ben as “a highly charismatic faerie who takes a liking to Sookie (and vice versa) and helps Sookie and Jason delve deeper into the mystery of their parents’ murders.”

For Season 6, Kazinsky is being billed as a series regular, alongside fellow newcomer Rutger Hauer. Hauer’s role is rumored to be a lot more devious. Like Ben, he’ll have a connection to Sookie and Jason, except he’s no faerie. His character is called Macklyn, and he’s a mysterious, sinister figure.

Fans have speculated that Macklyn might be another name for Warlow, the creepy entity that’s been haunting the Stackhouses. Either way, we’re sure the writers will put Hauer’s acting chops to good use.

Are you shocked that Sookie’s getting a new love interest?