Never underestimate the power of a good TV show to add untapped joy to someone’s life. Behold: The best, most addictive Emmy-nominated shows available on DVD. When in doubt, give the gift of Walter White.

Um, is there anything better than sitting in your fluffy Christmas socks and consuming mass amounts TV you otherwise have no time to watch? I’ll answer that, no. 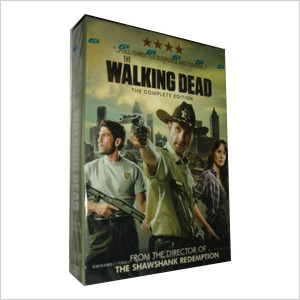 A police officer shot in the line of duty wakes up from a coma to a terrifying scenario: People have vanished, bodies are everywhere and ravenous zombies have taken over civilization. Will he survive? How did this happen? And why do zombies look so much like Lindsay Lohan before her coffee? This makes a perfect gift for parents who like to watch TV after the kids zonk out. (Amazon, $69) 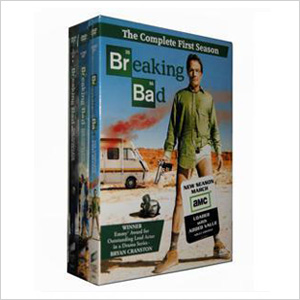 Chemistry teacher Walter White finds himself in a quandary: He has been diagnosed with terminal cancer with little but a few Bunsen burners and a lifetime of bad choices to leave his wife, disabled son and unborn daughter. Desperate, he recruits his junkie former student to help him cook meth for a quick buck. Problem is, he’s, like, really good at it — and the drug lords will do anything to get their hands on him. (Amazon, $135) 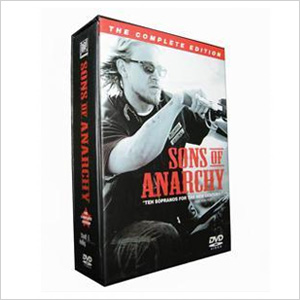 You don’t have to be of the Harley Davidson persuasion to like this show. But hey, if you need a gift idea for your leather-loving friend, by all means. Sons tells the story of a biker club on the brink of collapse. Camaraderie and community cloud the hidden motives and history, driving the group’s leader to a guns-blazing pursuit of truth and identity. It’s packed full of action and crazy plot twists that make it one gnarly ride. (Amazon, $115) 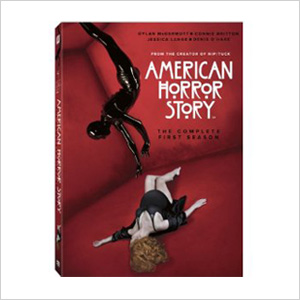 What do you get when you put Glee and Nip/Tuck creators Brad Falchuk and Ryan Murphy into a little writer sandwich? Pickled fetuses in jars, apparently — and in the opening credits, no less. After Ben Harmon decides to get all adultery-happy with one of his students, the psychiatrist moves his family into a gorgeous new home that happens to be haunted by ghosts of multiple murders past. This show has something for everybody: Sexy maids, men in rubber suits, demon basement children and Dylan McDermott nude and crying. (Amazon, $55)

If you appreciated the witty dialogue, sharp female characters and abundance of sex scenes in Sex and the City, you’ll love Girls. The show follows four young women as they navigate their way through the suckiness that is the post-collegiate career world. The writing is pithy. The characters are loveable. The one-liners are unforgiving. A word of caution: Don’t give this as a gift to your conservative BFF. Get her a nice house plant instead. Just trust me. Many arguments regarding post-feminism and Barack Obama will be avoided. (Amazon, $17) 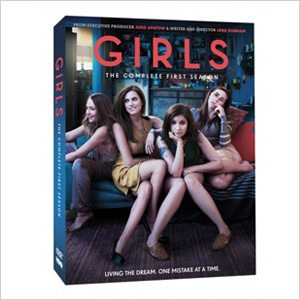 TV shows on DVD are an acquired taste, but oh my gosh are they a delicacy. When you give someone a good show, it’s like saying, “I am bequeathing upon you an entire weekend of not showering in the name of unadulterated, commercial-free entertainment.” That’s love.

Now, don’t worry if your gift recipient is not already a fan of the show. Once the DVD player closes its lips around these babies, it’s over.

Gift picks to appease new mothers
Gifts and gear to get you through a zombie apocalypse
Don’t go the way of Robsten: Wrap up romance this season