NBC has something absolutely fabulous up its sleeve for this season of Smash. Liza Minnelli pays a visit to the show! 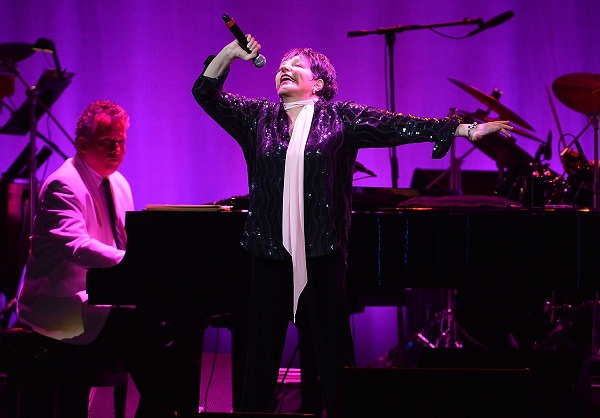 The episode with Minnelli, titled “The Surprise Party,” will not just feature Minnelli playing herself for a quick cameo: The legendary singer and actress will also perform an original number with Smash‘s star Christian Borle. The song is written by Smash‘s esteemed composer and lyricists Marc Shaiman and Scott Wittman. 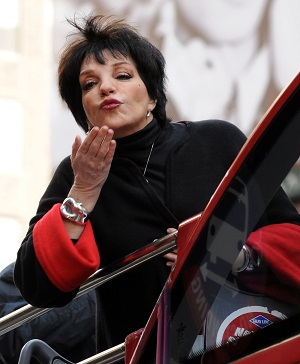 It’s going to be fantastic!

NBC chairman Robert Greenblatt had this to say about the upcoming appearance:

“Liza Minnelli is the essence of a multi-talented, singular show business sensation, particularly for her extraordinary contributions to Broadway. So what could be more fitting than to have her legendary talent on a show that celebrates a world Liza has dazzled for decades?”

Born in 1946 to the one and only Judy Garland, Minnelli has been a staple on the musical theater scene since birth. An actress and singer in her own right, Minnelli has won an Emmy, an Oscar, two Golden Globes, a Grammy and a slew of Tony Awards. She’s a celebrated entity on and off Broadway. Her appearance and performance will be the highlight of the Smash season.

Smash‘s first season earned a following from nearly anyone who has ever loved a Broadway show or sang dramatically into their hairbrush. There isn’t a more perfect place for Minnelli to reappear.

The second season of Smash begins in February 2013. Minnelli may be the crowning joy of the season, but she won’t be the only special guest. Smash has also confirmed appearances from Sean Hayes (Will and Grace) and Jennifer Hudson, among others. The show also boasts regular cast members like Debra Messing, Anjelica Huston and American Idol‘s Katharine McPhee. It follows the lives and dramas of the many singers, actors and dancers trying to make it on Broadway.