The woman behind the General David Petraeus scandal leak is now saying that she’s completely innocent. The problem with that? Jill Kelley might have had an affair with another big-time general. 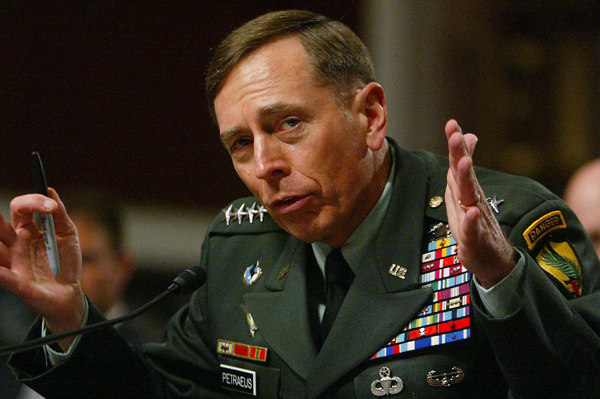 Jill Kelley, the Florida woman who blew the lid off the affair between former CIA head General David Petraeus and his biographer Paula Broadwell is now under fire herself. Kelley — a socialite — reported some harassing emails she received from Broadwell to the FBI, though now the federal agency is questioning whether or not she too had a relationship with the disgraced general.

To make things worse, she allegedly exchanged some “inappropriate” emails with U.S. General John Allen, the commander of the International Security Assistance Force in Afghanistan.

Yikes. Kelley and her husband have now enlisted the help a crisis team, according to reports — and she’s speaking out about the scandal.

“I’ve done nothing wrong. I am the victim here. But it still feels awful,” she said Tuesday.

That still hasn’t stopped some naysayers from claiming that Kelley came forward with the story to pay off “millions” in debts. Her brother, David Khawam, told the Today show that his sister is an innocent person in this whole scandal.

Do you think Jill Kelley had an affair with David Petraeus, too?