Our little gang of bada** killers runs into some trouble when they rescue Nora’s sister. Sometimes the family you choose is better than the family you were born into. 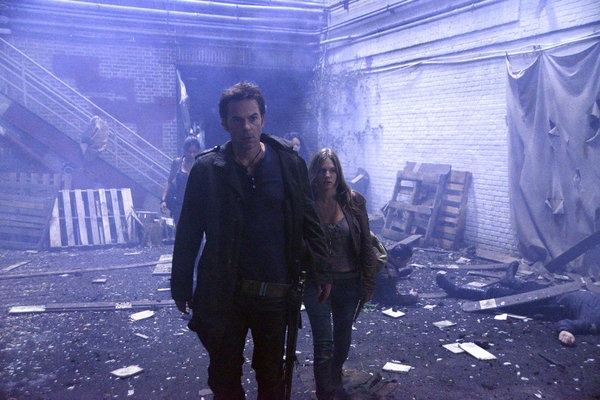 This dramatic story of family betrayal starts with our ragtag team of wannabe Danny (Graham Rogers) rescuers (they still have not achieved this goal so they are still wannabes in my book) on the wrong side of a bridge they must cross to get to Philadelphia. Of course, hiding in the bridge is trouble. Sergeant Strausser has been sent to capture Miles and he has an evil plan to do it.

Strausser and his men start yelling to Nora (Daniella Alonso)  that they have her sister Mia. She’s a human being, so of course she runs right into the trap and finds her sister tied up. The gang tells her this is a trap, but all common sense goes out the window when family is involved.

They are able to rescue Mia, but it is just too easy that it becomes suspicious. Mia doesn’t understand Nora’s newfound commitment to Miles (Billy Burke) and Charlie (Tracy Spiridakos), especially after what Miles did to her in the past. I’m still waiting for that whole story. It better be good.

To persuade her sister to leave the group, Mia tells her she has found their father (who has been missing since just after the blackout when they were little girls). However, Nora is committed to following through on her promise to rescue Danny.

Mia lays a guilt trip on Nora that goes a little like, “I guess I’ll just have to go see Dad… alone.” She is not entirely likable. Nora asks her to come along for the ride, but she only agrees to get them across the river and then they will part ways.

But, Mia is a sneaky little liar in cahoots with the Militia. When she gets them across the bridge, it is a trap (I called it!) with Strausser waiting for them. Mia even lied about ever finding their father. She did have mildly good intentions because her and Nora’s lives would be spared if she handed over Miles.

Nora isn’t down for any of this and saves her friends in the typical, but always awesome sword-swinging/ gun fight. As the gang runs away, they get trapped again by a cliff overlooking the river, so they dive in and swim across. That may have been the smarter move to begin with. 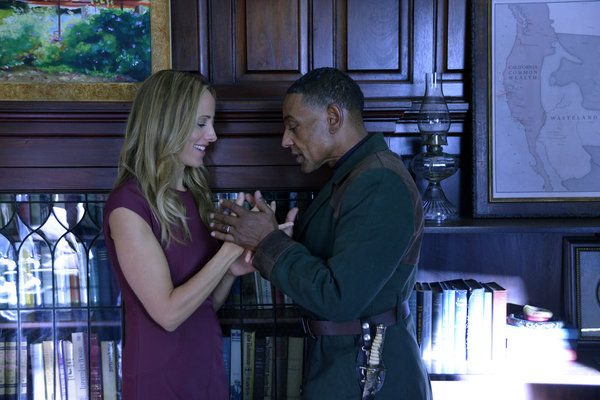 We also got to see that Major Tom is not entirely heartless when he throws another young man at the Militia to save his own from being executed. Yup, handsome Nate’s inquisitive mind and weakness “for a pretty face” finally got him in trouble with the boss man. At least Major Tom has some loyalty for his own blood, but I think it’s just to keep his wife happy. She seems like a decent person, so I can’t figure out why she’s sticking with this guy. I guess it’s better than her other option of being a nomad hunted by the torture-happy Militia.

Another obstacle averted and more hearts broken. Now on with the journey to save Danny!