It is always an emotional experience when a show chooses to honor fallen heroes from that tragic Sept. 11 day, and this week’s Bones episode was no different. 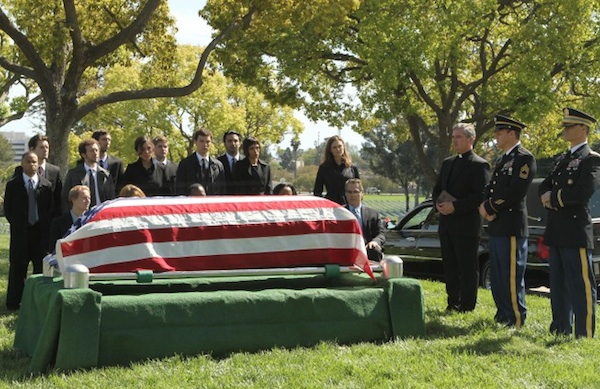 A cold case lands at the Jeffersonian and Bones (Emily Deschanel) and Booth (David Boreanaz) are desperate to solve the mystery, with the help of Phil Jackson. That’s right. Dr. Brennan has been reading the ex-Lakers coach’s book and decides to implement his advice when “coaching” her newly assembled team of interns. They do not find this annoying at all. Wink. Wink.

The biggest lesson coach Jackson shares is teamwork and that’s exactly what it takes to solve the case of the death of a 9/11 hero. The victim had uranium from a bullet wound, which Booth believes was a result of serving in Desert Storm. But, he was also believed to have gone crazy, or his death could have been a murder. It’s up to the interns to apply that teamwork lesson and find out what exactly happened to our ex-military/possible crazy pants victim.

It was rumored he had gone crazy because he stood outside the Pentagon calling, “Walk in Moore Park.” Since there’s no “Moore Park,” people ignored him. However, Booth discovers that he’s actually calling out “Walkin, Moore, Park,” who were three fallen solders our victim was looking for. This makes him a little less crazy, yet they never clearly define why. 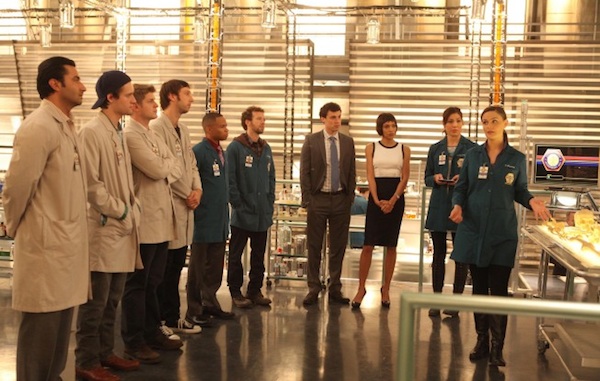 What they do discover is the victim died a hero. As he stood outside the Pentagon lobbying for his friends on 9/11, an airplane crashed and a piece of the debris fractured his rib. Instead of whining about it like most of us would, he ran into the burning building and saved three people who were trapped. As he lifted the 400-pound frame off of one woman, his rib broke and pierced his lung. He then went on to save two more innocent victims that dreaded day. It took him 10 days to bleed out, most likely in agonizing pain.

The most moving parts of this episode were hearing the intern’s stories about where they were the day of the attacks. Everyone spoke up about being in a family abuse situation, to questioning their faith and losing a family member that day. But it was most likely Bone’s moment of humanity where she cried about what it was like working Ground Zero that was particularly emotional. It’s always nice to see her show real emotion over the living and the dead. Not to mention our victim, Tom Murphy, was finally given a much deserved military and hero’s funeral.

No matter how long it’s been, this episode was a reminder that we should never forget.