Since the debut of Stephanie Meyers books about Bella Swan’s adventures among vampires and werewolves, fans began taking sides: Team Edward or Team Jacob. Who would you rather be wooed by? We decipher what your Twilight hunk preference says about your psyche. 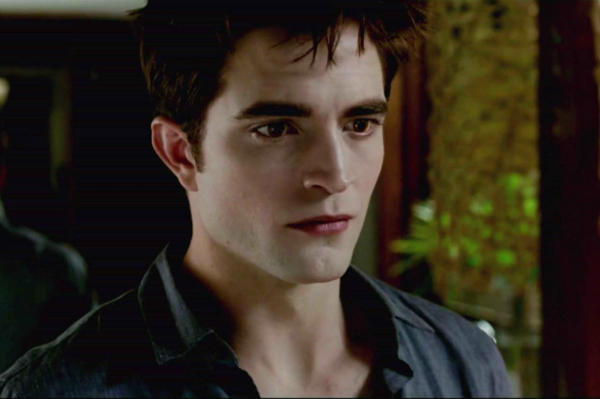 After almost dying in 1918, Edward Cullen — played by Robert Pattinson — was brought back from the brink of death by Carlisle’s transformative bite. Since becoming a vampire, though, Edward has struggled with insecurity and worry about lacking a soul. Consequently, he’s that guy… the one who is brooding, broken and, well, irresistible to those of us who have a soft spot for hopeless cases. If you’re Team Edward, you probably have a penchant for picking up stray puppies and trying to find matches for all those socks whose “sole” mates have mysteriously disappeared.

Sure, Edward looks 17, but this lothario has more than a century of life experience under his belt though — he was actually born in 1901. He’s basically the equivalent of the Dos Equis “most interesting man in the world” trapped in Justin Bieber’s body. Occasionally, Edward’s age becomes apparent in his speech… his at-times-antiquated language sounds a bit like dialogue from a Shakespearean script. If Edward gets you all hot and bothered, you likely aren’t intimidated by a man who has a couple of years on you.

In Bella’s words, Edward is “Adonis-like.” In our words, he sports a metrosexual-suffering-artist style. His extremely pale skin, unruly hair, and shy demeanor all add up to a slightly tortured aura. While his high cheekbones and strong jawline give him manly appeal, his lean, lanky body is decidedly less macho. Not to say that body isn’t still totally hot — it is! — but, rather, that it doesn’t look like the kind of body you’d get if you were pumping iron in the gym all day. Edward seems far better suited to creative endeavors such as writing and playing the piano. 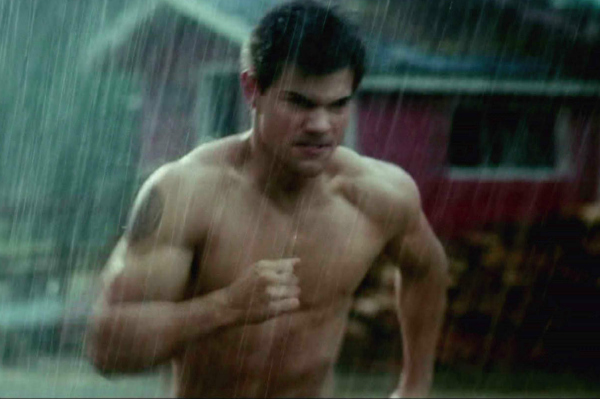 Athletic types get your endorphins going

While Edward is lanky, Taylor Lautner’s Jacob Black looks like a professional bodybuilder or cage fighter. We wouldn’t be surprised if he’s been downing egg yolks for breakfast a la Rocky. If Jacob’s athletic physique makes you want to get physical, chances are you are also athletically inclined. You love the idea of having a built-in workout buddy and fellow sports fanatic. Alternatively, if you aren’t into hitting the gym, well then you probably don’t mind the idea of a man who can — in all actuality — sweep you off your feet.

Almost everyone has a type, and one of the most recognized types on the market is Mister Tall, Dark and Handsome. Jacob Black definitely fits that bill. Thanks to his Native American heritage, the young shapeshifter boasts a beautiful dark complexion. And thanks to his mystical alter ego, he shot up in height during his transition from an average 5’10” to a towering 6’7”. Since it’s unlikely anyone outside of WNBA players come anywhere close to that height, women attracted to Jacob probably aren’t afraid to rock super high heels.

“Passion” is important to you

Listen, Jacob had a lot thrown on his plate at a young age. Can you imagine transitioning into a werewolf at the age of 15? So, it’s understandable that the boy has some mood swings. Not all women are cut out for dealing with such shenanigans, though. If you’re a member of Team Jacob, not only do you not mind the occasional outburst, but you actually find it kinda hot. He may be short-tempered, sullen, and temperamental at times, but Jacob would do anything to protect those he loves — a sure sign of passion in your book.

Man Candy Mondays: The cast of Twilight
The world of Twilight is moving on from the summer scandal
Insanity: 1,500 fans camp out for Breaking Dawn — Part 2