The famous sister of Kate Middleton says she spent a large amount of time working on her first book, but audiences weren’t excited to rush out and buy it in its first week. 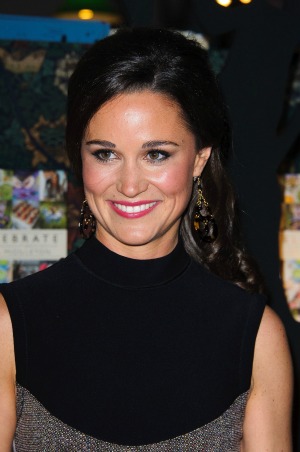 If you ask Americans their opinion of Pippa Middleton‘s new book, most will probably have the same reaction:

Celebrate was released Oct. 30 and has sold a disappointing 2,000 copies in its first week.

“Celebrate, my book on entertaining, has been a labour of love,” Middleton wrote in an essay on The Telegraph‘s website. “I have put my heart and soul into it, obsessing over every detail. I could have written a book that showcased the most extravagant or elaborate of occasions — after all, I spent three years working for an events company, planning parties — but I wanted to produce something that was achievable; something that people would have on their shelves for years; something that was not too fussy — just simple and comforting.”

The essay seemed as though it was an attempt to reply to the bad reviews she had received for the book. The Irish Sun recapped some of her tips, including how to welcome children to your home for Halloween, then added its own thoughts.

“Fascinating tips — well worth the reported advance she is rumoured to have received for her services,” said the paper. “It is clear that by writing the book, Pippa set out to prove that there is far more to her than her pert bottom. But the fact is, there isn’t.”

The Telegraph, the same paper that published Middleton’s essay, printed a review that was also less than kind. It includes the tips, followed by an example showing how she doesn’t seem to understand the common person. The Telegraph didn’t hold back in its teasing of Middleton.

“Because of their size, turkeys are perfect for feeding larger gatherings,” Middleton wrote, to which The Telegraph replied, “This could catch on at, say, Christmas.”

Only time will tell if the book continues to sell, but one thing is for sure: Middleton made sure to get her advance in advance.