Sunday’s NASCAR race got a little crazy, with multiple racers being suspended and fined. It resulted from a feud that had been brewing for a while. 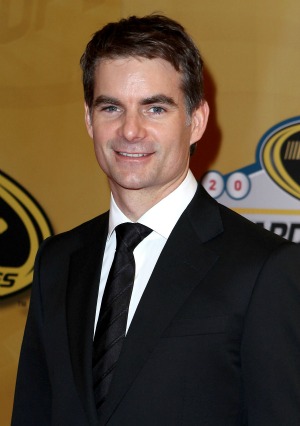 NASCAR can sure get rowdy, and Sunday in Phoenix, the drivers had it out with each other due to what appears to be a long-simmering feud. Jeff Gordon and two other men were put on suspension by NASCAR after an event that happened during the second-to-last event of the season.

“Gordon intentionally slowed his car and waited for Bowyer on the track Sunday to wreck him on what was scheduled to be the final lap,” said the Washington Post. “There had been contact between the two a few laps earlier, and Gordon viewed it as the final straw in an apparently escalating on-track feud with Bowyer.”

Four-time champion Gordon was docked 25 points and fined $100,000. He was also put on probation until the end of the year for the intentional wreck. After the wreck, Gordon and Bowyer’s crews got into a fight with each other.

“Things just got escalated over the year, and I’d just had it,” Gordon later said in a statement, according to USA Today. “Clint has run into me numerous times, wrecked me, and he got into me on the back straightaway and pretty much ruined our day. I’ve had it, [I was] fed up with it and I got him back.”

Bowyer’s crew chief, Brian Pattie, was also fined $25,000 and put on suspension until the end of the year.

“I take responsibility for my actions on the racetrack,” Gordon said. “I accept NASCAR’s decision and look forward to ending the season on a high note at Homestead.”

Racer Brad Keselowski was also suspended for a completely separate incident. He was accused of “in-race use of social media,” a racing term for texting while driving. He was suspended until the end of the year and fined $25,000.

“Keselowski used his smartphone to tweet updates during a 15-minute red flag that followed the crash involving Bowyer and Gordon,” said USA Today.