The director could have any project he wants, but he knows he is not the right person for this job. 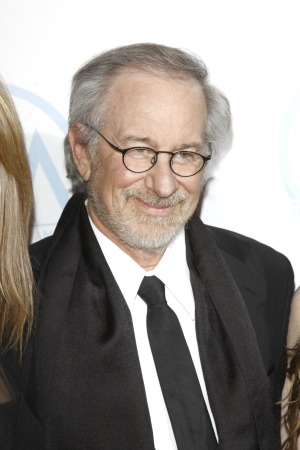 It has been less than two weeks since Disney announced it would be purchasing LucasFilm and creating three new Star Wars films, but the details are already starting to come together. Stars Harrison Ford, Mark Hamill and Carrie Fisher all talked about the possibilities of joining the project, and LucasFilm announced that Toy Story 3 writer Michael Arndt is the writer of the first film, Episode VII.

Another piece of the puzzle yet to fall into place, though, is the director of the film. One name at the top of many fans’ wish lists is Steven Spielberg. But according to the director, that is one film he won’t be a part of.

Access Hollywood caught up with him at the premiere of Lincoln and asked him what he thought about the possibility of directing the new trilogy, and his answer erased any doubts.

Fans may disagree, though, since he has worked on many sci-fi movies in the past, including ET, Close Encounters of the Third Kind and Jurassic Park. Spielberg also worked with Lucas on the Indiana Jones films.

Spielberg’s mindset may be a change from the past. In 2002, he reportedly talked about wanting to direct one of the Star Wars films.

“I’ve asked [Lucas]. He won’t let me do one,” The Guardian reports he said in 2002. “I wanted to do one 15 years ago, and he didn’t want me to do it. I understand why — Star Wars is George’s baby. It’s his cottage industry, and it’s his fingerprints. He knows I’ve got Jurassic Park and Raiders. But George has Star Wars, and I don’t think he feels inclined to share any of it with me.”

The Guardian is also reporting that Matthew Vaughn may have been hired to direct Star Wars: Episode VII, but for now, that is still a rumor.