The handsome CW star opens up about his career, his nomadic roots and finding “The One.” And yes, ladies, it’s OK to swoon. 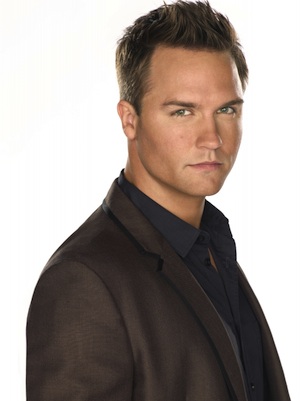 Scott Porter is incredibly likable. He has that Midwestern charm that he brings to his characters like Jason Street in Friday Night Lights and George Tucker in Hart of Dixie. It’s that charisma, combined with his great talent, that has catapulted his career from singing and dancing on Broadway to starring in popular TV series and movies.

Recently, Scott’s been making some serious changes in his career and personal life. He’s ditching the drama, tying the knot and checking things off his own to-do list. SheKnows was excited to have a conversation with the delightful actor, who opened up about Season 2 of Hart of Dixie, his new raunchy comedy, being a nomad and finding “The One.”

SheKnows: How has George grown as a character since we first met him in Season 1?

Scott Porter: I think George is a really intelligent, ambitious noble guy who puts his desire to help other people first. But, he winds up hurting people more than helping people. Now, he’s starting to make decisions for himself earlier on in relationships.

SK: How is it affecting George to be newly single?

SP: He puts himself first. By being selfish, he can help people more. It’s interesting to think about. Being single, he’s starting to find out what he likes and doesn’t like about himself. He lost a part of himself being in a 15-year relationship, and now, he’s starting to get that back and learn who he is.

SK: They say an actor brings a part of himself to his character. In what ways are you like George?

SP: George and I have a lot of differences but a few similarities. I’m from the Midwest. The Midwest and the South are similar in the way people respect each other. Chivalry exists in both places. I was raised with a certain amount of respect and kindness. I hope I’m as kind as George is. He’s also very noble, and I hope I am as noble as he is.

SK: You and George are in different places in your love lives, too. He just ended a relationship, and you’re about to walk down the aisle. How did you know you’d found “The One?”

SP: We’ve been together for a while. It’s just that moment when you wake up in the morning next to someone and say, “I want the rest of my life to be like this.” Something just clicks, and that’s what happened to me. I thought, “Yeah, dummy, you’ve been with her for a year. How did you not figure this out before?”

SK: You’ve said that you “grew up quickly” this year. How so?

SP: I got engaged and bought a house. I realized this is the life I wanted for the rest of my days. I was a nomad, as many people in this business are. I traveled with my parents, who were in a rock band, and then I started acting. I traveled the world but didn’t have a place to call my own. Then I met someone I wanted to share a home with. I wanted it all at once. But, I’m still a kid at heart.

SK: You are well known for your role in the drama Friday Night Lights, but we’re seeing you in more comedic roles lately. What drew you to the upcoming raunchy comedy The To Do List?

SP: I worked on 10 Years with a bunch of friends, and it was amazing. It was like acting camp. Afterward, Aubrey Plaza dropped the script [for The To Do List] in my lap and said, “Read this.” It was written by Bill Hader’s wife, Maggie Carey. She’s really funny and really smart. It was exactly what I needed after so many years of doing drama. I had an ache to do something lighter. I didn’t want to get pigeonholed like you so seriously can in this town. I think The To Do List and Hart of Dixie were perfect timing.

SK: You have a successful career, and you’ve landed the girl. What’s next for you?

SP: I just take it one day at a time. I’m so happy and content right now. It’s fun to go to the Warner Bros. lot, laugh and crack jokes then go home and watch football. It’s a really cool life right now.

We’re excited to watch more of Scott on Hart of Dixie, and we’ll make sure to catch him in next year’s The To Do List, which also stars Andy Samberg, Rachel Bilson and Aubrey Plaza.