Most stars would do anything for the roles they are in. McConaughey and Hathaway are just two recent actors who sacrificed almost everything to create their characters. 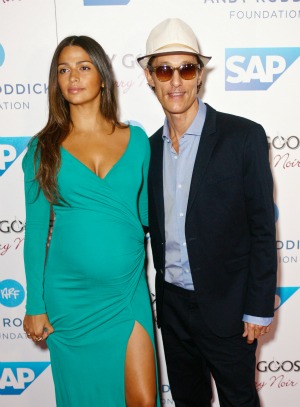 Some actors will do anything for their art, and it looks like Matthew McConaughey and Anne Hathaway are two of them. Both actors recently lost significant amounts of weight to portray specific characters in movies.

McConaughey is currently filming The Dallas Buyers Club, in which he plays an AIDS patient given six months to live. The actor reportedly lost 30 pounds for the role.

“His character is loosely based on the life of Ron Woodruff, who, after being diagnosed with the disease in 1986 and striking out with the one drug then FDA-approved to treat it, wound up smuggling alternative drugs into the U.S. for himself and eventually others,” said the LA Times.

The film also stars Jennifer Garner and Jared Leto. It is expected to hit theaters in 2013.

Anne Hathaway is another actress to make the sacrifice for a role. She lost 25 pounds to play the role of Fantine in the upcoming film version of Les Miserables. The actress opened up to Vogue magazine about the weight loss.

“I had to be obsessive about it — the idea was to look near death,” Hathaway told Vogue, according to the Business Insider. “Looking back on the whole experience — and I don’t judge it in any way — it was definitely a little nuts. It was definitely a break with reality, but I think that’s who Fantine is anyway.”

Hathaway revealed that she lost the first 10 pounds through a “cleanse” and then lost another 15 pounds during a break in filming by eating “two thin squares of dried oatmeal paste per day,” said the Business Insider.

Needless to say, she didn’t keep to the diet after filming wrapped.

“It took me weeks till I felt like myself again,” she told Vogue.

Hathaway turns 30 today. You can see the slimmed-down version of the actress when Les Miserables hits theaters nationwide on Christmas Day.