Despite previous rumors and pics, the latest Gossip Girl promo has everyone wondering, “Just who the heck is Serena going to marry?” 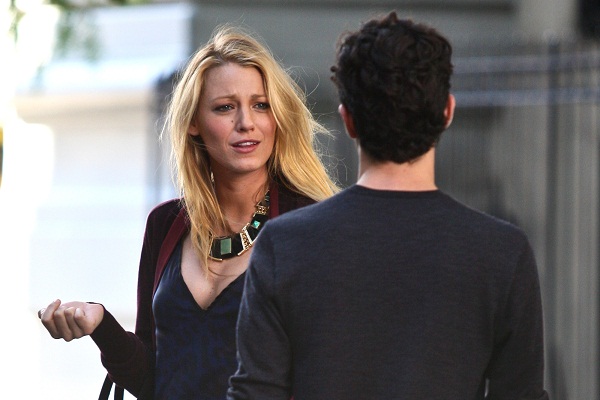 We thought we had it all figured out, didn’t we?

Those pictures of Dan (Penn Badgely) and Serena (Blake Lively) dressed up like the bridal version of Barbie and Ken had us all believing in a happily ever after for Serena. Perhaps we were just being delusional, though. Between Dan’s nasty publishing deeds and Serena’s creepy new boyfriend, things have certainly looked rocky. Still, in the words of Dionne Warwick, we kept “wishing and hoping and praying and thinking.”

Then they gave us the preview for tonight’s episode!

Serena, taking a cue from Blaire (Leighton Meester), decides to investigate her boyfriend, Matt Camden Steven (Barry Watson). While riffling through his belongings, Serena happens on a surprise: a huge diamond ring! It’s massive. To the point of being gaudy, really. 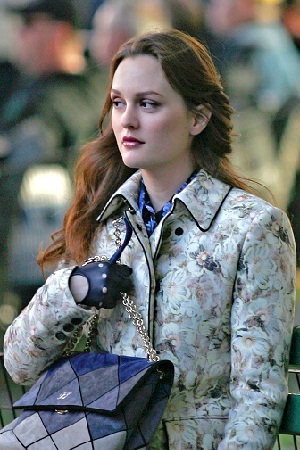 Blaire’s alter ego, Audrey Hepburn, would absolutely agree. Holly Golightly said it best in Breakfast at Tiffany‘s when she told Paul, “It’s tacky to wear diamonds before you’re 40.” While it’s safe to assume Holly would make an exception for engagement rings,  there’s really no way to overlook this monstrosity. Serena’s never had much taste, though, so she’s beyond stoked.

Steve’s daughter (and Nate’s girlfriend), Sage (Sophia Black), feels quite the opposite about their deepening relationship.

She turns to Blaire for help in destroying her father’s relationship with Serena. Since Blaire and Serena still aren’t on BFF terms, Blaire obviously can’t help but agree. By the end of the 30-second promo, it’s Sage who ends up opening a ring box.

It’s easy to jump to the conclusion that the ring Sage opens belongs to her father and is meant for Serena. But does Sage know that? Just because she knows Steven and Serena are getting closer, it doesn’t mean she’s seen the ring.

Will she know every in and out to Blaire’s latest scheme or will Sage think that ring is actually intended for her?