Tonight on Revolution, we meet the one guy who can frighten Miles. Plus, we find out more about Mrs. Neville. And, Aaron messes up. Big time. 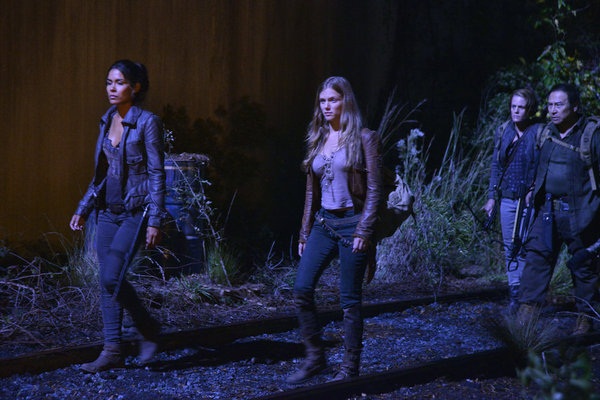 Revolution‘s Uncle Miles (Billy Burke) is a pretty atypical uncle. Of your uncles, how many of them would you expect to take you under their wing in a post-apocalyptic world? Honestly. Also, it’s safe to say that most uncles border somewhere along the lines of silly or creepy. Few rarely land in the “BAMF” category. But, man, is Uncle Miles a bad***!

There is, however, one guy in all the powerless world that makes Miles shake in his combat boots. A Militia man by the name of Strausser has hold of a bridge the family desperately needs to cross to continue their trek. When a panting Aaron (Zac Orth) suggests trying to take him down or just sneaking across, Miles refuses. The next closest bridge is days away, but Miles is determined that it’s their best option.

Just how evil can this Strausser guy really be? Hopefully, we’ll find out soon! 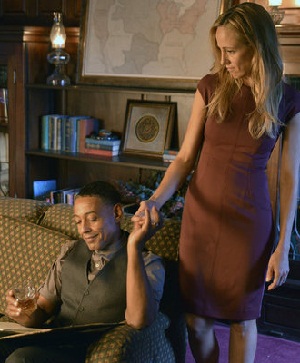 Meanwhile, we’ll also find out more about Julia, Captain Neville’s wife. What has she been up to? Where are the rest of their kids? Is she really okay with the scantily clad women running around the Neville house? And, what’s the story behind their estrangement? (Other than the fact that Neville is evil, of course.)

Finally, as teased at the end of the last episode, Aaron will lose the pendant. Oh, Aaron! The man is a hot mess. Every time the group has to hustle, Aaron is a sweaty, heavy breathing disaster when they reach their destination. Aaron is, without a doubt, the character most likely not to die at the hands of the Monroe Militia — but only because he’ll collapse from a heart attack during a dangerous escape first. Now he’s lost the oh-so-important pendant. Will it turn up in a different pocket or in the hands of their enemies? With Aaron in charge, you can never be too sure.