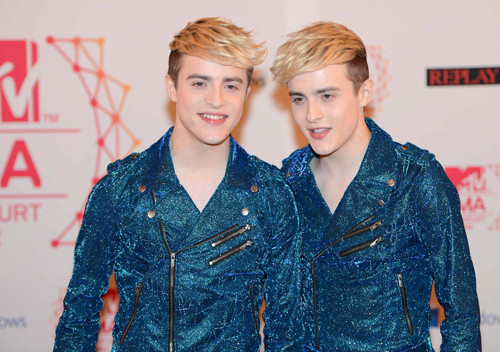 No. Just no. Irish pop duo Jedward are pictured here, in this image which appears very much like Jack Frost had untoward congress with a large pile of acid-washed denim and Crest tooth-whitening strips. 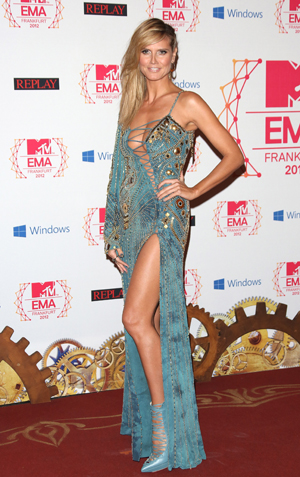 Wait, Heidi Klum advises designers on Project Runway? And judges them for their “taste level”? When she’s wearing an outfit that appears very much as if one of Jon Bon Jovi’s old denim jackets sexually attacked a turquoise mine? You know, a lace-up bodice is extremely chic… in Grimm’s fairytales, and in “German serving wench” Halloween costumes. Brooke Hogan rejected this gown as too tacky for her. And say, how do you like the lace-up shoes with the lace-up bodice? Klassy, no? What you can’t see so well in this picture: The big, full angel-wing sleeve on the other side of the bodice. Oh me, oh my. 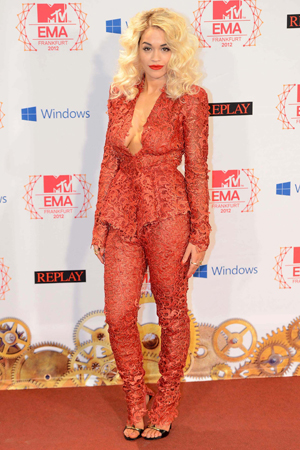 Rita Ora shows us how a marriage between scar tissue and one of Prince’s cast-off Purple Rain costumes can work… to make you look like some kind of ’80s space-whore from Mike Hodges’ Jones Flash Gordon. BTW, Rita, think you forgot to button up all the way. 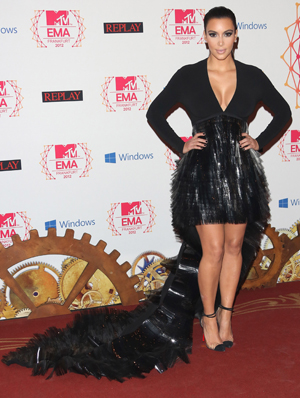 Yes, fashion magazines advise those with a part of the body that’s a little bigger than the other parts to swathe that part in crinkled film negatives with garbage bag ruffles. Do you suppose Kim Kardashian had a train-holder at the party that night? Oh, if only that had been snapped by some sharp-eyed paparazzo, because the only thing funnier than this dress would be watching Kim trying to walk in it.

So, Kim Kardashian walks into a swingers party…>> 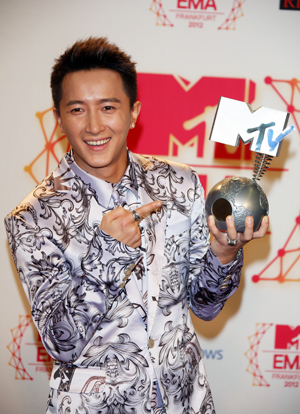 In China, Han Geng is known as “Dancing King.” Maybe he’s dancing because he doesn’t want the world to get too clear a look at his monumentally ugly satin jacket, which has a pattern so hideous that Kimora Lee Simmons probably immediately decided to use it for a set of Baby Phat underpants. 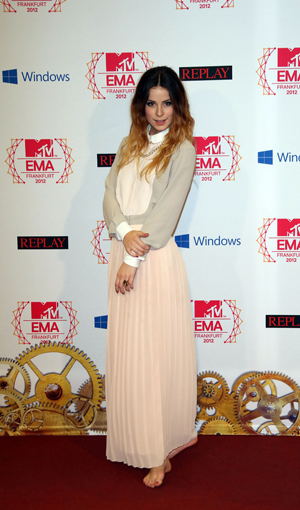 Lena Meyer-Landrut has the kind of name you can just picture up in lights, huh? The German singer was the winner of the 2010 Eurovision Song Contest (the same one that launched ABBA, back in the day), and is best known for her songs Satellite and Taken by a Stranger. And for outfits that look like she’s wearing a lobster bib over a Jessica McClintock prom dress reject from 1987.