U.S. Supreme Court Justice Sonia Sotomayor stopped by Sesame Street to destroy the dreams of millions of little girls – and give them a dose of reality. 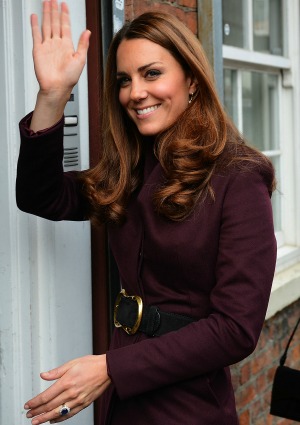 Hey, girl. Did you know that “princess” is not actually a viable career choice? Us either. (Unless you’re Kate Middleton, of course.) Luckily U.S. Supreme Court Justice Sonia Sotomayor is here to set the record straight.

Sotomayor stopped by Sesame Street to explain what the word “career” means to Abby, which of course totally blew the mind of the fluffy pink fairy who generally floats around shaking glitter out of her magic wand.

Justice Sotomayor explains to Abby that a career is “something that you train for and prepare for and plan on doing for a long time.”

Awesome, Abby says, she can totally get down with that! Because she has a career picked out already: Princess!

Oh, hell no. Sotomayor shuts down Abby’s dreams hard. “Abby, pretending to be a princess is fun, but it is definitely not a career,” says the dream killer.

WTF? Why did we bother going to Princess College for then? Ugh. According to Sotomayor, girls whose last name is not Middleton are stuck being lawyers, doctors, engineers, scientists, teachers, and other non-tiara-wearing professionals.

Abby decides being a judge would be pretty great, which isn’t that much of a stretch from “princess,” because you know those chicks sit in judgment of the peasants all day anyway.

“Order in the court!” Abby demands.