Michael Arndt has won one of the most sought-after jobs in Hollywood: writing the first new Star Wars film since 2005. 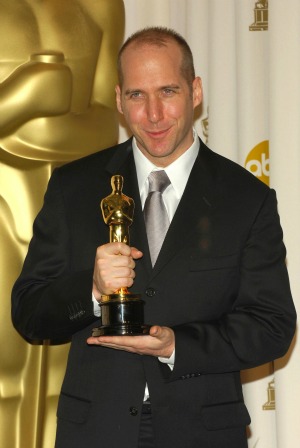 When Disney announced that it would be acquiring LucasFilm — and therefore, the Star Wars films — opinions were split. Some people were excited that there would be three new films made, but others were worried that those three films wouldn’t remain faithful to George Lucas‘ vision. Now, all those people can get a step closer to understanding what the vision for Star Wars will be because Disney has announced the hiring of a screenwriter for Episode VII.

“As preproduction of Star Wars: Episode VII begins, Lucasfilm has confirmed that award-winning writer Michael Arndt will write the screenplay for the new Star Wars film,” the company said in a statement to Entertainment Weekly.

Arndt may be best known for writing Toy Story 3, which was nominated for Best Adapted Screenplay at the Academy Awards. He also wrote the screenplays for Little Miss Sunshine (which won the Oscar for Best Original Screenplay) and The Hunger Games: Catching Fire (which is the sequel to the original The Hunger Games and will be out Nov. 22, 2013).

“As revealed in the ongoing video series posted… on StarWars.com, Kathleen Kennedy and George Lucas have begun story conferences with Arndt,” the statement continued.

There had been rumors since the Disney announcement that Arndt had already written a treatment for the film, but he didn’t comment.

Harrison Ford — who played Han Solo in the first three films (or middle three films, depending on how you look at it) — had also said this week he would potentially be open to working on the films. Mark Hamill and Carrie Fisher, better known as Luke Skywalker and Princess Leia, had also said they’d had lunch with Lucas earlier this summer to talk about the three new Star Wars films.

The first of the new Star Wars trilogy is not set to be out until 2015, but it looks like Arndt has already started the daunting task of writing the story.