The singer was doing his civic duty by voting, but he caused trouble when he skipped the lines because of his fame. 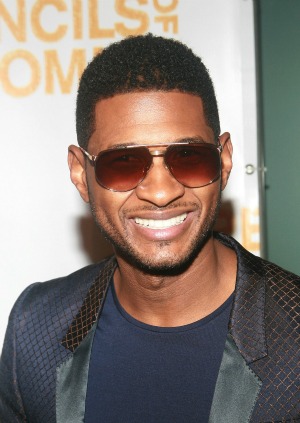 During election season, many celebrities push for the public to vote, while very few of them talk about how they vote. And we think of them as standing in line with everyone else. This was especially true in the Nov. 6 election, when so many people were shown all across the country standing in line for hours. But at least one celebrity didn’t have to wait in line to vote this year.

“The lines were long at polling sites throughout Fulton County on Tuesday. But not for pop star Usher,” said Johnny Edwards with the Atlanta Journal-Constitution. “Usher was ushered to the front of the line when he came through a back door at the Bill Johnson Community Activity Building in Roswell.”

And even if no one in line had seen him go through the back door, the singer took photos of himself and posted them on Twitter, getting rid of any doubt he didn’t stand in line to vote — like everyone else. And this didn’t sit well with those who did wait their turn.

“The special treatment of the Grammy Award winner infuriated non-celebrities who stood waiting,” said Edwards. “Fulton elections Interim Director Sharon Mitchell confirmed Thursday that the singer — whose full name is Usher Raymond IV — had made arrangements for voting in advance.”

Fellow voters didn’t feel it was fair that just because Raymond is a celebrity, the county felt he shouldn’t have to wait as long as everyone else.

“I take the voting process very seriously, and I was just taken aback that this was allowed to happen,” Alan Christian, a voter, told the Associated Press.

But Mitchell said their long lines might have only become longer if Raymond had been allowed to wait with everyone else.

“It was better for us not to create a distraction from a celebrity for other voters,” Mitchell told the Atlanta Journal-Constitution.

Raymond has not yet commented on the controversy, but anyone who wants to know what it looks like when a famous person votes can just search for his Twitter page.