The actress was scheduled to do a tell-all interview with the 20/20 correspondent next week, but at the last minute, her new PR firm made her cancel. 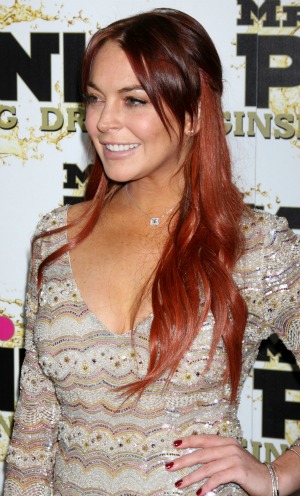 After being fired by her publicist last month, Lindsay Lohan has been having a hard time finding someone to represent her. But it looks like she found a brave soul, or souls, and the new company is taking control quickly.

And for Lohan, the best way to keep her under control may be just not to allow her any interviews. The actress announced today she would be canceling her previously planned interview with Barbara Walters.

“The troubled star, who is facing new legal problems, has pulled out of her scheduled interview with Barbara Walters for the November 16 edition of 20/20,” said Yahoo!. “It was to be the first major TV interview the Liz & Dick star has done in several years, and it was touted as a ‘no holds barred, no questions off-limits’ conversation.”

It may be smart of Lohan’s new team to keep her from an interview, but it means fans who were hoping for a glimpse into what the actress has been up to, in her own words, will be disappointed.

But Lohan has been in some trouble recently, and chances are Walters would have asked about her numerous legal problems, including a car crash (which the police recently said she lied about) and a “domestic dispute” with her mom, Dina. Lohan also was reportedly found passed out over the summer on the set of Liz & Dick, causing her assistant to call 911. She later said it was exhaustion, but she has not spoken about it publicly. Or spoken about anything else for that matter.

The interview had already been publicized, and it looks like ABC will have to find a last-minute replacement for the actress (in the middle of a sweeps month no less). The network is probably not happy about it.

And no matter how good the new PR firm is, it will be up to Lohan to decide whether she wants to change her life.