Kristen Bell is making her presence known. After years of narrating The CW’s Gossip Girl, she’s getting some real screen time. The actress is set to (physically) appear on an upcoming episode. 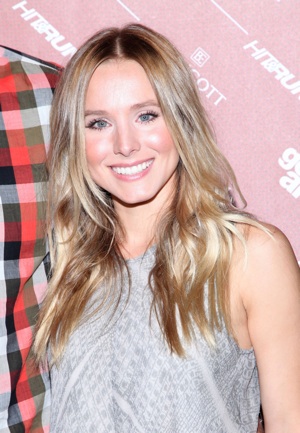 Kristen Bell is returning to The CW. Or should we say her face is? Over the past six seasons, the actress has been a mainstay on Gossip Girl. She’s the voice of the title character, whom we’ve yet to meet.

According to TVLine, Bell is set to appear on the Gossip Girl series finale. But will she actually play the devious blogger? The CW and Warner Bros. are keeping mum on her role, and we’re not surprised. GG’s identity is the show’s best-kept secret.

Who is Gossip Girl? The cast reveals their best bets >>

Bell’s already shot her guest spot, which is described as a cameo. We’ll have to wait and see how they’ll integrate her into the show’s farewell. She’s just one of many familiar faces set to appear for its last hurrah.

Gossip Girl set to kick off sixth and final season >>

Prior to breaking out in film (Forgetting Sarah Marshall, Couples Retreat), Bell headlined The UPN/CW series Veronica Mars. She played the title character, who was a student by day and a detective by night. She was like the Nancy Drew of the 2000s. But despite its cult status, Veronica Mars only ran for three seasons.

These days, Bell’s no longer the center of teenage drama. She currently co-stars on Showtime’s House of Lies and is expecting her first child with fiance Dax Shepard.

Who do you think Bell will play on the GG finale?